HomeCultureHandgun Caliber Choice and the Myth of Stopping Power 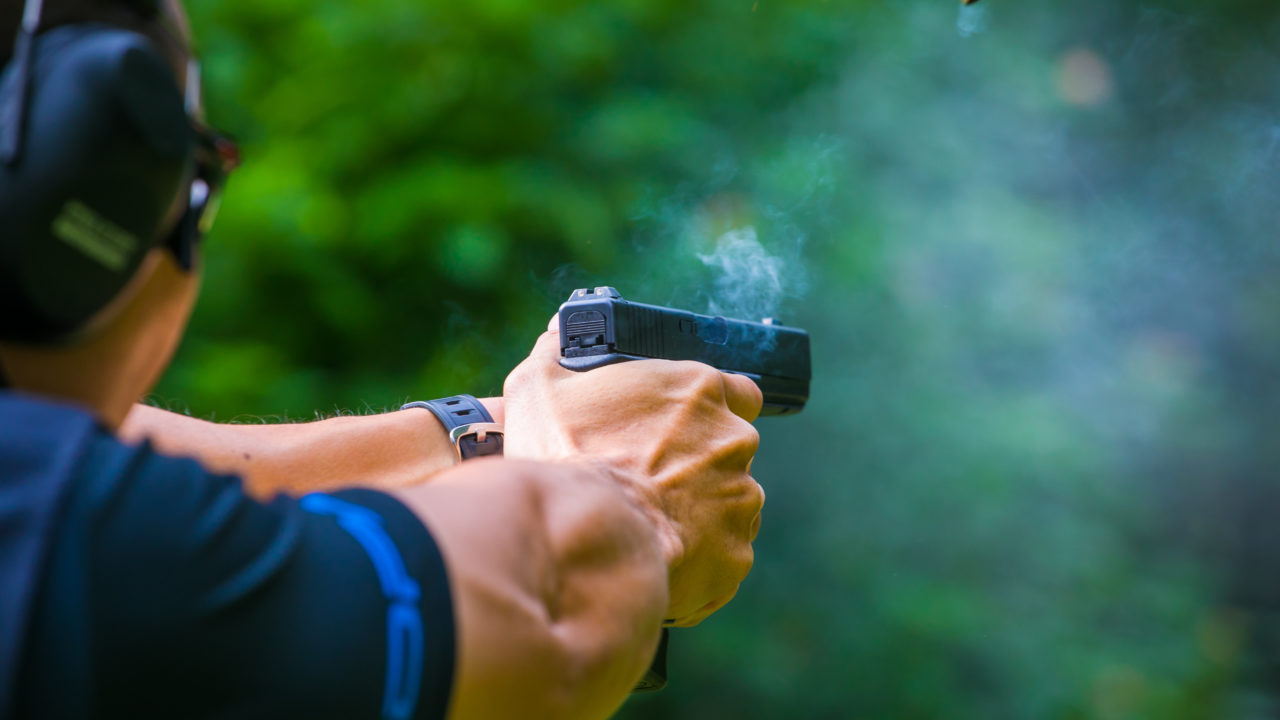 This article was first published in Unapologetically American

Americans love their handguns. From the classic Colt revolvers of the 19th century to John Browning’s beloved 1911 design and beyond, handguns occupy a special place in American culture.

Everyone has their favorite, of course, and often that shows by way of CAPS-LOCK-ON arguments on ye ol’ internet. This becomes very prevalent when discussing which caliber is the best choice for defending one’s home against possible intruders, zombies, or leprechauns (seriously—they’re out there and they’ll get ya).

As someone with a decent amount of knowledge regarding handguns and very little preference one way or another regarding caliber choice, I figure I could offer a sound voice of logic that will inevitably calm everyone down and bring some sanity to this argument…. Hahahaha just kidding—this discussion is probably more heated than any political debate out there and people lose their ever-loving minds. So just assume that a good number of the people reading this will do backflips after reading a couple more paragraphs.

To keep this simple, I’m going to limit the range of my article to handgun bullets between 9mm and .45 ACP. I’m not going to get into whether or not a .50 is a billion times better or if a .22 magnum is a great choice because, to be honest, that’s not really where the debate lies—and some of it will be addressed by what I write anyway. This will focus on serious issues with handguns rather than Reviews of the Best Shoulder Holsters.

Okay, so now that everyone is ready to jump on their computers and beat me to death with the butt of their Jeff Cooper Commemorative 1911, let’s begin by going to a crazy source. Not a quote from some world-renowned shooter; not a first-hand account from a law enforcement officer; and not the guy at your local gun store. No, we’re getting way more outlandish than that and consulting…

Say what, homey?!? Yeah, true story; we’re going to look at the realities of human anatomy because guess what? The main purpose of a handgun, whether admitted or not, is to shoot people. So how well it explodes a watermelon is quite irrelevant.

So here’s a question: what are the only ways that a bullet can kill a human being?

That’s it. There is no such thing as “stopping power” when we’re talking about handguns. A bullet fired from one can only kill a person in those two ways. So say it with me:

There’s no such thing as stopping power when it comes to handguns.*

Notice how I said handguns? Yeah, we’re not talking about a .50 BMG that could tear someone’s leg off just from force. We are talking about a range of calibers that one could conceivably hide on their person.

In light of that, stopping power is a myth. How can I be so sure? Well, we can consult another expert source: 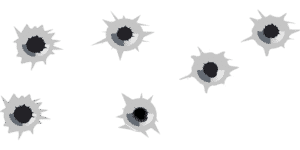 See, here’s the problem with people believing in this thing they call stopping power: if that much energy were being transferred into a target, guess where else it would be felt? If you answered something about “equal and opposite reaction,” go ahead and buy yourself a drink and put it on my tab.

The show Mythbusters has covered this but for whatever reason it needs to be repeated over and over. A person getting shot is not going to have any more force enacted upon them than the shooter.

The reason it is ultimately a different outcome for the target is because of penetration. The force of the bullet itself does little, so it must rely on penetration to enact harm, in which case we refer back to the two methods that a bullet can actually kill/incapacitate a human being: loss of blood or direct hit to the central nervous system.

With that understanding, this whole “debate” about which caliber is best suddenly takes on a whole new light. Why? Because the overwhelming importance is not shock or awe or any number of other catchphrases, but rather shot placement—specifically in areas that can cause one of those two things to occur (and the quicker the better).

With this understanding, the idea that a .45 ACP is going to have an advantage in “knockdown power” over something like a 9mm is absolutely ridiculous. Does a .45, by definition, make a bigger hole? Well yes, by 0.10 inch, to be exact. Is that worth extra recoil? Of course, that is largely left to the user to decide.

But even if you think that extra 0.10 inch is necessary, there are other factors to consider. How many bullets does your .45 pistol hold as compared to a similar 9mm? Or, another way of asking this question is: do fifteen 9mm bullets equal a bigger diameter than eight .45 bullets?

How about target re-acquisition time from shot to shot? Will that be faster with less felt-recoil?

Here’s the reality: I’m not here to tell you that shooting a .45 ACP (or any other caliber) is a bad idea or a stupid choice. If you’ve found something that works for you, awesome—go forth and become proficient. However, if you believe that one of these bullets is vastly superior to another simply because of a fraction of an inch, it’s time to rethink that with some very basic human anatomy and physics education.

It’s also time to put a stop to statements like “well, my friend was in Iraq and he said_____.” Way too many arguments on this topic rely on anecdotal evidence that makes zero sense if examined for more than a few seconds.

Look at it this way: can we test the effects of bullets on people? Not only no, but understand that even if we could it wouldn’t matter; how people react to trauma varies wildly and makes it literally impossible to engage in any kind of scientific testing regarding reactions even if we set the ethical issue aside.

We must look at the science we do understand—namely, basic human anatomy and simple Newtonian physics, both of which frame this debate in a more logical sense. And we must use it to eliminate hyperbole as much as possible.

To go further than that, we must address a lot of psychological factors that become so varied that almost no one has any idea what’s going on. Did you know that most people fall down when shot with a handgun? Do you know why? It’s not physiological but rather psychological, making this kind of study more difficult than finding an example of good acting in the Star Wars prequels.

So why eliminate the smaller calibers and the really big ones from the start? Simply this: remember that word “penetration”? Yeah, that’s what she said. It’s also pretty important in wound ballistics and, as it turns out, the smaller calibers don’t fare so well in that regard.

And the really big ones, well…let’s be real: you’re not Dirty Harry. Yes, I know you pretend to be him in the mirror, but in reality, it’s not very realistic to carry an extremely large handgun on a regular basis, even if it’s cool to show your friends.

What’s the takeaway? If you’re focusing more of your attention on caliber choice than on hitting the target, you’re wrong. Noise never killed anyone in a gunfight, so it really doesn’t matter how big the bullets are that are flying past the guy charging at your Marvel action figures in order to steal them from you.

Again, if you have your preference and you’re good with it, that’s great. But where this becomes a problem is when people start telling new shooters who may be smaller in stature that they “have to have something that has some knock-down power!” This creates more problems than it solves by instilling some really bad habits in people or possibly even scaring them away from shooting altogether.

Now then, I have to go polish my .44 magnum. Which is, in case you hadn’t heard, the most powerful handgun in the world and will blow your head clean off.

Here are some sources for further study if this interests you:

Info about their recent study: http://www.policeone.com/Officer-Safety/articles/7453193-Why-the-FBI-reignited-the-pistol-caliber-war/

*It is also worth noting here that I am considering these facts in light of defensive purpose rounds, as the advances in ammunition choice has made a huge difference in this debate. In other words, we are not comparing target ball ammo.