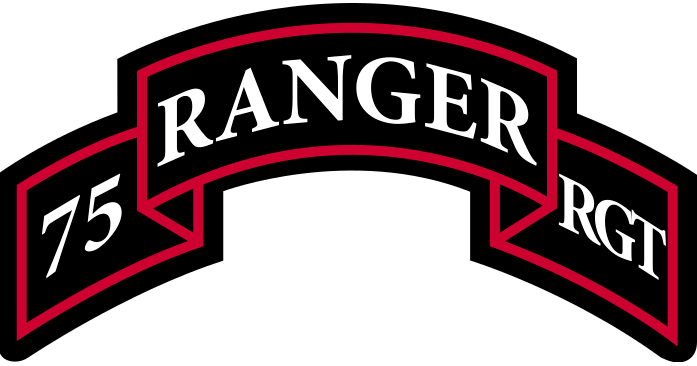 The following excerpt was taken from Violence of Action: The Untold Stories of the 75th Ranger Regiment in the War on Terror.

All of the Rangers on our hill were either in fortified positions or buildings so the rounds that fell didn’t score a direct hit, and no one was wounded on the initial barrage to our position. We could tell by the accuracy of the artillery, however, that the Iraqis now had a forward observer calling fire. SFC Jack quickly ordered over the radio for the snipers to begin scanning for his position. 155mm artillery shells continued to impact on and around our hill, but after nearly three days of digging, our positions were well protected. The Iraqi forward observer must have realized this, as rounds began impacting between our hill and the center of the dam. He must have spotted our 120mm mortar position, because rounds began creeping up the hill towards their position. All of a sudden, a round hit directly on the other side of the retaining wall that the mortarmen were using for cover. One of the Rangers, who was acting as a spotter, was caught by surprise and did not get down in time. From our position in the covered entrance of the CP, we could see him fly up in the air as the round exploded.

Shouts for medic could immediately be heard from the mortars’ position. SFC Jack immediately called for SPC Plasman to get back in the driver’s seat and Dave and I ran with him to the GMV. Plasman turned the vehicle around and sped to the road leading up to the dam. SFC Jack saw a route around the retaining wall that allowed us to take the strip of dirt between it and the edge of the reservoir. SPC Plasman accelerated down the narrow dirt path. About fifty meters from the mortar’s position, the vehicle came to a halt and we all dismounted. Just as we did, another round came in and landed on the other side of the road. The four of us hit the dirt for a quick second then picked up and began sprinting towards the wounded Ranger. We got about halfway and another round came in. We quickly hit the dirt again and then picked back up after the explosion. Mortar crewmembers were huddled next to an unconscious Ranger, trying to get him to wake up when we arrived. It was immediately apparent that he had penetrating head trauma at his right temple. His orbital bones making up the eye sockets had instantly swollen up and turned purple, deforming his upper facial features. The second thing I noticed was that the Ranger was cyanotic and was turning blue at the lips, which meant he wasn’t getting oxygen.

Dave and I pulled him off the wall, expecting the worse. I removed his helmet to assess the trauma while Dave felt for a pulse on his neck. Aside from the penetration at his temple and damage to his eyes, there was no other visible trauma. Dave found a pulse and I leaned down to listen for breathing. Faintly, I could hear gurgling in the back of this throat indicating he had an obstructed airway. Dave instructed me to begin suctioning his airway while he prepared for a cricothyrotomy, a surgical procedure that opens the airway by making an incision in the throat and inserting a breathing tube. It was a bold call in any circumstance, but even bolder under the current conditions. However if the suction failed to clear his airway, we would have had no other choice and making the call to begin preparation was the right move to make by Dave. Luckily, I was able to get the suction into the back of the wounded Ranger’s mouth and began squeezing the rubber bulb in order to create a vacuum to remove the obstruction. As I squeezed the top of what looked like a large turkey baster, clotted blood and flesh began to be extracted by the suction tube. After about 10 seconds, I stopped pulling up fluid and tissue and removed the suction from his mouth. 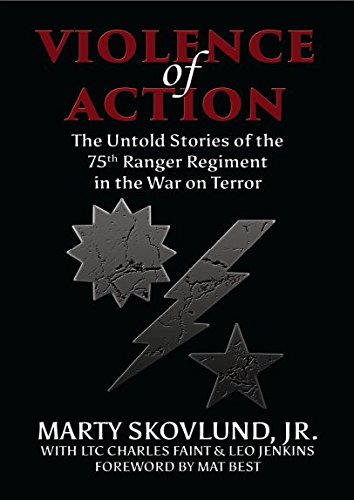 Violence of Action: The Untold Stories of the 75th Ranger Regiment in the War on Terror
By Jr. Marty Skovlund, Charles Faint, Leo Jenkins

Miraculously, he began breathing on his own and color immediately returned to his face.

I asked one of his Ranger buddies, what his name was and they responded, “Feldman!” I called out his name and asked if he could hear me. No response. Dave saw that Feldman had regained breathing and abandoned the cric procedure. He instructed me to secure the casualty’s airway with an oropharyngeal tube, which resembled a plastic J. While securing Feldman’s airway, the mortar section leader, SFC Smith, pulled one of the mortar’s cargo GMVs up on the other side of the wall ordering us to load him up so we could get him to the Company CCP. Knowing it was only a matter of time before the next artillery shell came in and afraid of taking more casualties, we hastily began to lift Feldman up without putting his helmet back on. I had him by the shoulders while a couple of others had him at the legs and waist. SFC Smith and several other Rangers on the other side of the wall waited for us to lift him over the wall. As we did, they grabbed him by the legs and waist. In the chaos, the group on the other side of the wall began to carry him to the vehicle while I still had him by the shoulders. The wall between myself and the other guys prevented me from going any further with Feldman.

I tried to call out and as I did, he fell from my grip, his head smacking the other side of the wall leaving a bloody mark where it had hit. Immediately, my heart sank into my stomach and I knew everything we had just done up until this point to get him breathing was in vain. SFC Smith and the other Rangers quickly picked him up and pulled him into the back of the cargo GMV. I stood there for a moment, shocked, watching them load him up.

“Matthews!” Someone yelled from behind, “Let’s go! Get on the fucking vehicle!”

This first appeared in The Havok Journal on October 13, 2014.