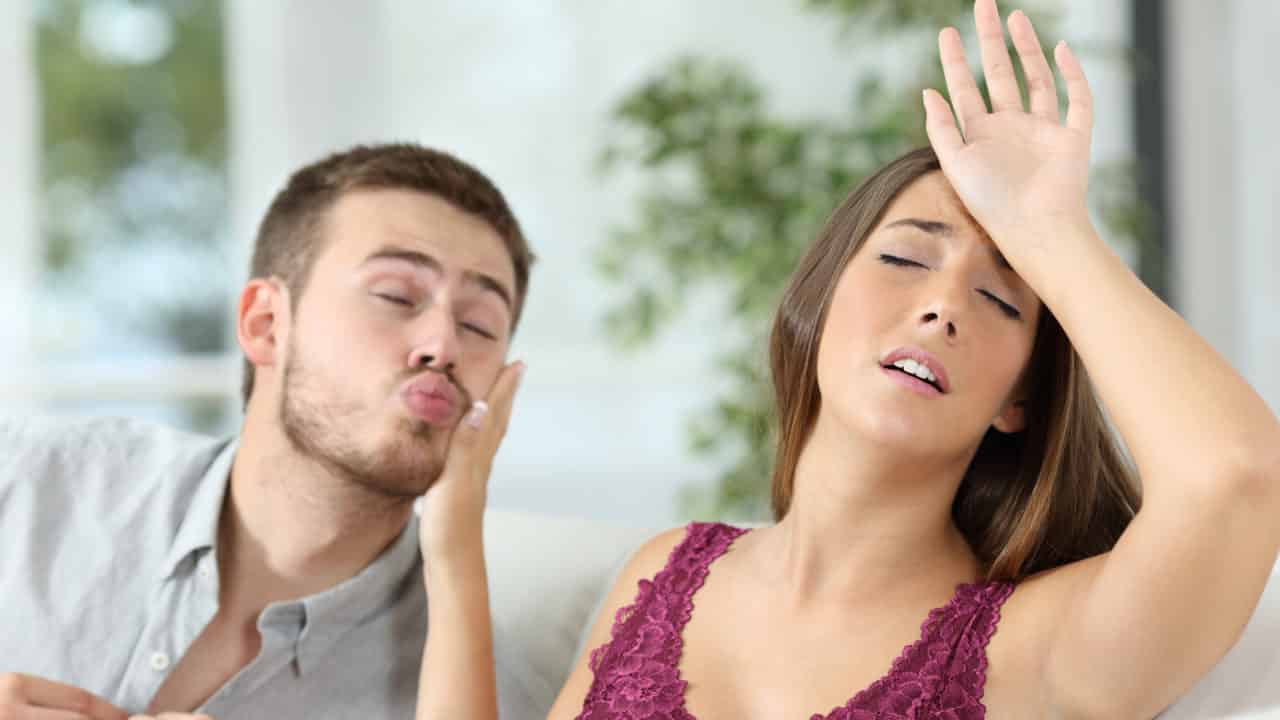 Actress Bette Midler has added her voice to the howls of protest erupting after Texas’ Senate Bill 8 ,
an anti-abortion measure, went into effect earlier this month.

Setting aside the fact that it’s highly unlikely that anyone wants to have sex with 75-year-old Bette Midler anyway, this is hardly a novel idea. In 2008, for example, The Daily Mail, reported that the political editor of Harper’s Magazine called for a “sex strike” to “withhold sex from anyone who is not pro-abortion.” Here was her suggestion:

It didn’t work. Perpetual far-left shrill Alyssa Milano picked up the call in 2019:

…it didn’t work then, either. That didn’t stop people from advocating for it, however. In fact, this idea has become so popular recently that liberals are now falling over each other to take credit for it, with Frank Sinatra’s daughter pointing out that her dad suggested the idea decades ago.

The sex strike idea predates even Sinatra, however. By a LOT. It’s is an interesting concept, but I think someone’s been watching too much “Chi-Raq.”

For those of you who aren’t up on pop culture, Chi-Raq is a slang term combining “Chicago” with “Iraq,” to underline the extreme level of violence in the Windy City. And indeed, more Americans die in Chicago than die in Iraq (of course, there are several million more Americans in Chicago than Iraq, but I digress). For those of you who haven’t seen it, Chi-Raq the movie is a modern-day retelling of the Greek tragedy “Lysistrata,” which is an ancient Greek comedy in which the women on opposite sides of the Peloponnesian War withhold sex from their men until they enact a peace deal.

I watched Chi-Raq and I thought it was cleverly written and well-acted, with a lot of recognizable actors such as Samuel L. Jackson and Nick Cannon. But at the end of the day, it, like the ancient play upon which it was based, is still fantasy. At the end of the day, “sex strikes” are stupid and ineffective. Here are just a few reasons why:

It’s all based on a fantasy.
The only place sex strikes work is in the land of make-believe. They don’t work in the real world. They didn’t work in the time of the Greeks (“Lysistrata” was a play, not real life), it didn’t work in Chi-Raq (even though it was pretty entertaining, that was a Hollywood movie, after all), and they won’t work now.  While there are reports of sex strikes being effective, upon closer examination it is clear that they are ascribing causality where there is a simple correlation as if a “sex strike” is the only thing (or even a major thing) that ended the conflict. That is ridiculous on its face, especially considering that the prospects of increased sexual activity are one of the motivators of warfare in the first place.

You’ll never get enough people to go along with this for it to matter.
Then, there is the collective action problem. It’s simple supply-and-demand; if a woman refuses to have sex with a man, which is totally her right, he is within his rights to simply find one who will. So unless you get all of the women in a geographical area to commit to this action (something that is only possible in Hollywood-created fantasy-land) it simply won’t work.

I don’t have a strong position on abortion personally. At the end of the day, it is, in fact, ending an innocent human’s life. However, I can think of several cases in which taking said life could be justified, or at least rationalized, and it is worrisome to think about the cumulative economic, political, and social drain that millions of unwanted children would have on the U.S. I’m just struck by the hypocrisy of the hysterical left. The current “Roe-is-threatened” sex strike hysteria reminds me of the taunts tossed at my right-leaning friends who worry about gun control: “Silly conservatives, no one wants your guns, we just want common sense gun reform” …and we all know how that’s going. So hey, don’t worry liberals, no one is going to take your abortions.  Conservatives just want common-sense reproductive control.

Men using something women want, in order to coerce them into sex, is wrong. Full stop. Women using sex to coerce men into doing something that men don’t want to do–regardless of how it is rationalized–is also wrong. And, in this case, it’s also stupid and ineffective.