HomeCultureFamilylifeImitation is the Sincerest Form of Flattery 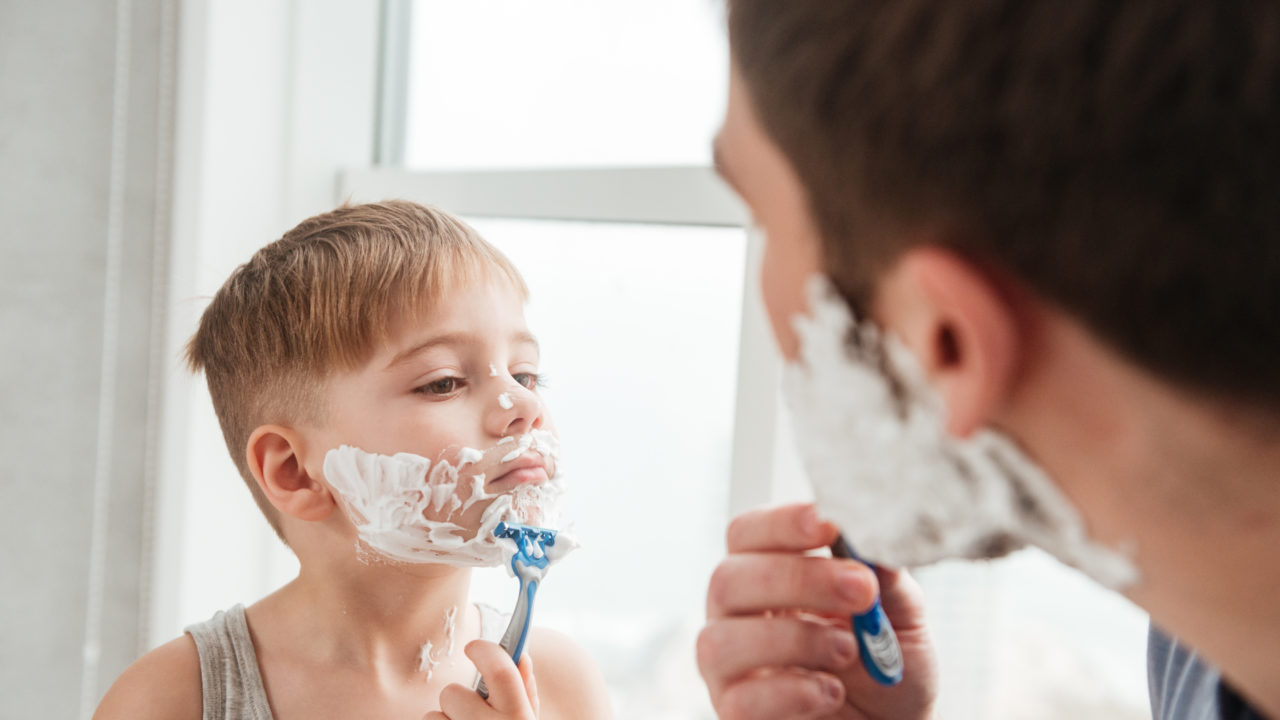 The stunt association I belonged to back in the 80s had been hired to do some of our Wild West Shows at a chili challenge on a dude ranch type operation. The drill was, we’d mingle in amongst the crowd as though we were just there for the chili like everyone else. It was a fine plan, and we did mostly fit in since about everyone there had gone full on cosplay cowboy for the day. WE looked like actual cowboys because we were; 3 of us were rodeo cowboys, 4 were ranch hands. The only difference that really stood out was we all wore our six shooters – Peacemakers, Navy Colts, Dragoons, etc – but for all most anyone in that crowd knew, that was just how cowboys walked around.

We did the first show at 10; the announcer directs the crowd’s attention to the stock pen for a calf branding demonstration. 3 of our guys who were actual ranch hands were in there among the dude ranch’s guys; after they roped and branded a couple of calves the other 4 of us entered the pen, and I started the fight by accusing the guys already in there of “stealing our daddy’s cattle.” It wasn’t a great idea to be firing off Hollywood blank loads around so many calves that were already having a bad morning, so we kept that first show to a fistfight (and I had Buford, my ax handle there). 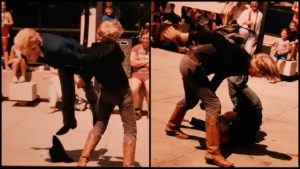 I’m using Buford on him in the first picture

We were headed back to our staging area after the show when this kid, probably a first or second grader, blew right past the other guys to ask for my autograph. He held out his construction paper headband with construction paper feathers stapled on for me to sign. Thats a great feeling; I’m a natural born show-off, and I didn’t think anything could make me happier than entertaining people. A kid wanting your autograph though, that’s on a whole ‘nother plane.

So I sign it, and that kid becomes my shadow for the day; front and center at each show, and asking me questions in between. The guys were calling him my fan club. Basically any time I was out in the open I’d hear “Bama! Bama! Over here!”; I’d look over, and he’d show me his “stunt,” where he essentially grabbed his stomach like he’d been gut shot and fell to the grass.

It was pretty adorable, but when we were getting ready to do the final show I went over an told him, y’know, it’s cool you’re doing that HERE, but we’re trained professionals and I don’t want you doing anything like that after today. You’re a good kid, and I don’t want you getting hurt, ok? Deal?

I knew I got through to him; he kicked his next stunt up a couple notches, because he understood it was his last one. When I came out of the staging area with the other guys for the final show of the day I hear “Bama! Bama! Over here!” I look over, he hollers “You stole my daddy’s cattle” and POW! he punches some other poor unsuspecting kid right square in the mouth.

Right there on the spot I amended my “don’t try this at home” oath to include “and it really only qualifies as an official stunt when everyone involved knows it’s happening.”

This first appeared in The Havok Journal on September 7, 2020.