All I Want for Christmas
by Chris Mattingly

I was told not to write this, I was told you would resent me even more than you do.

I have decided not to come visit you for the holidays.  My views of the holidays are now skewed and broken, I don’t think I have ever had a normal holiday, until last year when you came with me to Colorado, but even that was strained. I hate the fucking holidays but I have to put on a fake fucking smile to mitigate the questions I would get. I know you would miss me, I know you would feel something, but probably just temporary. Until your step dad comforted you.

My time with you is something I cherish, and I see that it isn’t very heartfelt, it is more strained now than ever, and Time isn’t something I can buy. I failed as a father, and it no matter how hard I try to be in your life, there is a common denominator that will never put me as a priority in your life. I’m not going to get into that. I wasn’t able to meet you until you were 3.

I missed out on those important stages in your life. The excuses I have sound like a broken record. But what you don’t know is that I almost died more than once before I met you, blown up, shot, shattered face, broken neck, broken back, shattered hips, heat stroke, trust me I spent more time in the hospitals trying to put myself back together. But physically and mentally I have destroyed myself over the guilt of not being there for you. I try, I tried, and I don’t know how much more I can endure. It’s a heavy burden only a few know. The 430 am flights to come see you, or the late night 11pm flights home. 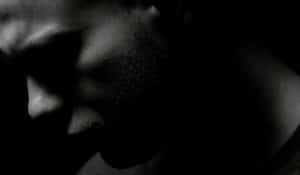 Scrunched in an aluminum can, going back and forth, connecting and missing those changes to get to my destination or just to get home. Flying into hurricanes, out of snow storms, glancing and looking up to the blue monitor only to see if the flights are delayed or canceled. The least traveled time is on Christmas morning, no one is flying and if you are lucky you can get coach to yourself. Hotels and motels, go together like tequila and salt, something i used to drown out my empty feelings.

The USO in Charlotte International Airport is a lot like the USO in Bush International, full of memories that based on an old life. An old life that took a lot out of me, and took a lot from me. I remember a judge once said I was too dangerous to be with you unsupervised, and so for the next 9 months I had to prove to the court that I was safe and rehabilitated father. Three hours on Saturday and two on Sunday, all supervised, in which every 6 weeks for the next 9 months I spent more time in airports than I did with you.

I spent an hour crying in Houston on my connection in the bathroom because I couldn’t get the song: “Time is on my side” out of my head. Leaning my head against a window on the plane, pulling my sunglasses over my face to hide the tears. I was so fragile that the wrong question would turn me inside out. The flight attendants from different airlines, asking me if I was okay. The hours driven from your home to the airport spent in a quiet and depressing ride. Getting home and holding my dog because I couldn’t stop shaking from the emotion built up after you told me that you hated me. I know you didn’t know what you were saying, but I just wanted to be there for you more. 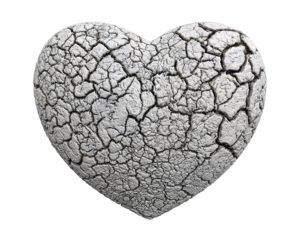 The best thing for you is to move on. All you have to look forward to is seeing some guy who randomly shows up to play dad. I know you would come to my house and look around and see your face plastered all over the walls you have never seen, a bed you never slept in, walk down a hallway of unfamiliar faces in a house I had built just for us (and that was before your sister came into the picture), and into a backyard you have never seen.