HomeCultureEverything You Need to Know About Rangers 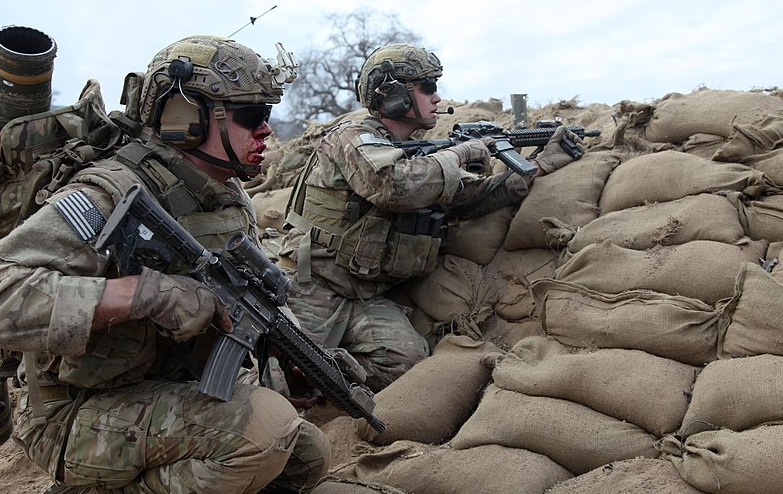 You may have also noticed that there are a lot of “internet experts” on Rangers, or anything to do with Rangers. If you actually do know a thing or two about Rangers, then you know all these so-called experts are creating mass confusion and hysteria on the interwebz.  So, in an effort to set the record straight, I thought I would lay out the pertinent information that anyone needs to know about this topic.

Although I have not attended every course I am about to speak of, I served in the U.S. Army from 2005 until my separation in 2013. At that time, I served in 1st Ranger Battalion, 75th Ranger Regiment for over four years, where I completed three deployments to Iraq and two to Afghanistan. The remainder of my time I spent in the Syracuse Recruiting Battalion, where I am proud to say that I mentored sixteen different young men who made it into the 75th Ranger Regiment. Outside of my military experience, I am also the author of Ranger Knowledge: The All Inclusive Study Guide For Rangers and Violence of Action: The Untold Stories of the 75th Ranger Regiment in the War on Terror.

Ranger Training and Assessment Course (RTAC) – The RTAC course is a 16-day preparatory course for Ranger School. It is run by the Army National Guard Warrior Training Center, and primarily used by National Guard students, but is open to students of any unit. It is located on Fort Benning, Georgia, and is divided into two phases: the RAP phase and Patrolling phase. All National Guard soldiers who want to attend Ranger School must pass this course first. It should be noticed that many Army installations run a similar course to prepare their soldiers for Ranger School in a similar way.

U.S. Army Ranger Course (Ranger School) – Ranger School is 62 days long with a 42% graduation rate, and is considered the Army’s toughest leadership course. Ranger School is a mentally and physically challenging course that teaches small unit infantry tactics and develops leadership skills under austere conditions meant to simulate the exhaustion of real combat operations. The course falls under the U.S. Army Training and Doctrine Command and is run by the Airborne and Ranger Training Brigade, which also runs the Army’s Airborne School, Jumpmaster School, and Pathfinder School.

The course incorporates three phases (Benning, Mountain, and Swamp), which follow the crawl, walk, run training methodology. After completion of these three phases, Ranger School graduates are considered proficient in leading squad and platoon dismounted operations in a variety of climates and terrain. Upon graduation, they are awarded and authorized the black and gold “Ranger Tab” on their left shoulder.

After completion of the course, graduates return to their units and are expected to take leadership positions shortly after their return. Soldiers of any military occupational specialty (MOS), and any branch of service, as well as some allied nation service members can attend this course. There are no formal pre-requisite courses for attendance at Ranger School. Ranger School does not require students to be airborne qualified before attending. It should be noted that although soldiers are considered “Ranger Qualified,” graduation of this course does not qualify a service member for service in the 75th Ranger Regiment.

Raiders, and Army Special Forces “Green Berets.” The 75th Ranger Regiment’s mission is to plan and conduct special missions in support of U.S. policy and objectives. They are considered the go-to direct action raid unit and have killed or captured more high-value targets in the War on Terror than any other unit. The Regiment is composed of four Ranger battalions: 1st Ranger Battalion on Hunter Army Airfield, GA, 2nd Ranger Battalion on Joint Base Lewis-McChord, WA, and 3rd Ranger Battalion and Regimental Special Troops Battalion on Fort Benning, GA. They are readily identified by their tan berets and red, white, and black “Ranger Scroll.” All soldiers assigned are graduates of either RASP 1 or 2.