The Army, and our nation, lost another good man in Afghanistan.

It is not easy to write about a man who you didn’t know; a man who you will never meet, yet a man so alike men you know that you very well could have known him if not for the slight variations in personal trajectories through time and space.

Luckily for us here at Havok Journal, along with all of the unique future visitors brought in from all corners of the World Wide Web, Major Michael J. Donahue left behind a glimpse into the character of the man he was on a blogspot entitled, “Every Day is a Good Day.”  It has only four entries, yet what is left behind provides an insight into the fiber of a man who made the ultimate sacrifice for our nation on Tuesday.  I imagine that the title of his blog reflected his outlook on life.

Michael J. Donahue was clearly the kind of person who upheld himself to rigorous standards, pushed his mind and body further than most could dream of as a hobby, and dedicated his life to the service of this country while raising three children with his wife of eighteen years.

Of his four blogspot entries, two detail his experiences running ultra marathons. His final entry in 2013 documents his participation in the Hell’s Gate 100K++ race in the Appalachian Mountains in Virginia. In it, he remarks on how his “fall while running” skills compare to others, giving points for style and execution. He admits to having the desire to take a nap between vomiting episodes near mile 50, and notes the irony in the timing of Iron Maiden lyrics in his headphones corresponding with the sweat rolling down his brow as he ran through darkness. 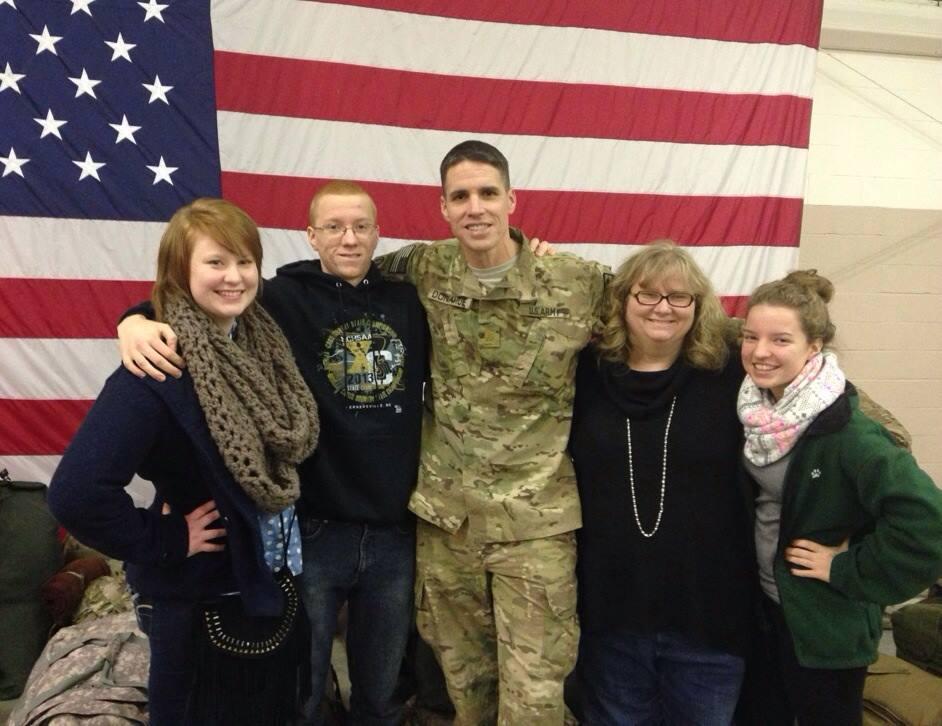 He shares the selfless spirit of slowing down in the final mile to hug and encourage a fellow runner who was struggling. Never concerned with how he finished among the crowd, his only concern was to finish and he shared that concern for others. Such a trait is uncommon in our society where competitive edge trumps human bond in so many aspects. Yet Michael possessed this trait along with many others that were evident among his many accomplishments while serving in the United States Army and as a husband and father of three.

He attended the Signal Officer Basic Course at Fort Gordon, Georgia and in October 2000 was assigned to C Co, 82nd Signal Battalion, FT Bragg, North Carolina as a Mobile Subscriber Equipment (MSE) Platoon Leader for 18 months.   Michael then entered the U.S. Army Degree Completion Program in March 2002 and graduated Magna Cum Laude from Campbell University in July 2003.  In May 2004, after completing the Signal Captains Career Course, he was assigned to the 82nd Airborne Division as the Battalion Signal Officer for 2nd Battalion, 504th Parachute Infantry Regiment. In March of 2005, Michael deployed with Task Force Devil to Eastern Afghanistan in support of Operation Enduring Freedom.

In April 2006, Major Donahue (then a captain) took command of C Co, 1BSTB (1BCT, 82nd Airborne Division) where, in June 2007, he led his company with Task Force Devil to Iraq in support of Operation Iraqi Freedom.  During that time, Donahue was responsible for a Combat Outpost conducting Full Spectrum Operations with two Route Security Platoons and one Quick Reaction Platoon.  In addition to managing the planning and integration of intelligence, surveillance, and reconnaissance assets; as well as attack aviation, demolitions, counter surveillance, and 120mm and 60mm mortar fire support, his mission also focused on Counter Insurgency operations along 80 miles of Main Supply Route and Civil Military Operation amongst 8 Iraqi tribes and within 14 local villages.

Upon successful completion of 24 months as a company commander, Donahue was assigned to the 10th Iraqi Army Division Military Transition Team (MiTT) during his last three months in Iraq, serving as the G6 communication advisor.  After transitioning to Liberty University Army ROTC where he was the Assistant Professor of Military Science for 24 months, Donahue was assigned as the 35th Tactical Theater Signal Brigade where he served as the Brigade Plans Officer for 8 months and then served as the Battalion Operation Officer for the 63rd Signal Battalion for 5 months. 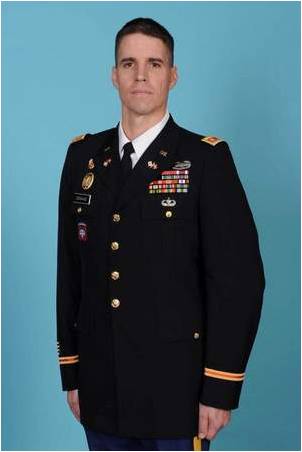 Major Michael J Donahue was serving as an operations support officer with C Company, Headquarters and Headquarters Battalion, XVIII Airborne Corps when he died Tuesday, September 16th, 2014, after sustaining wounds when his convoy was attacked by a suicide bomber outside of a coalition base in Kabul, Afghanistan. He was a fan of the Boston Red Sox, and his survived by his wife of 18 years Sherri, and their three children, Victoria, Seamus, and Bailey.

In the last paragraph of his military bio on blogspot, he notes that one of his remaining goals was to attend Ranger School. At the time of this writing, I do not know if he was able to attend or not, but I do know that any man who can complete a 100K++ ultra marathon after vomiting fifty miles into it and still give his buddy a score of 8.2 on a “fall while running” maneuver is the kind of man I’d want in my squad on that long night patrol in mountains.