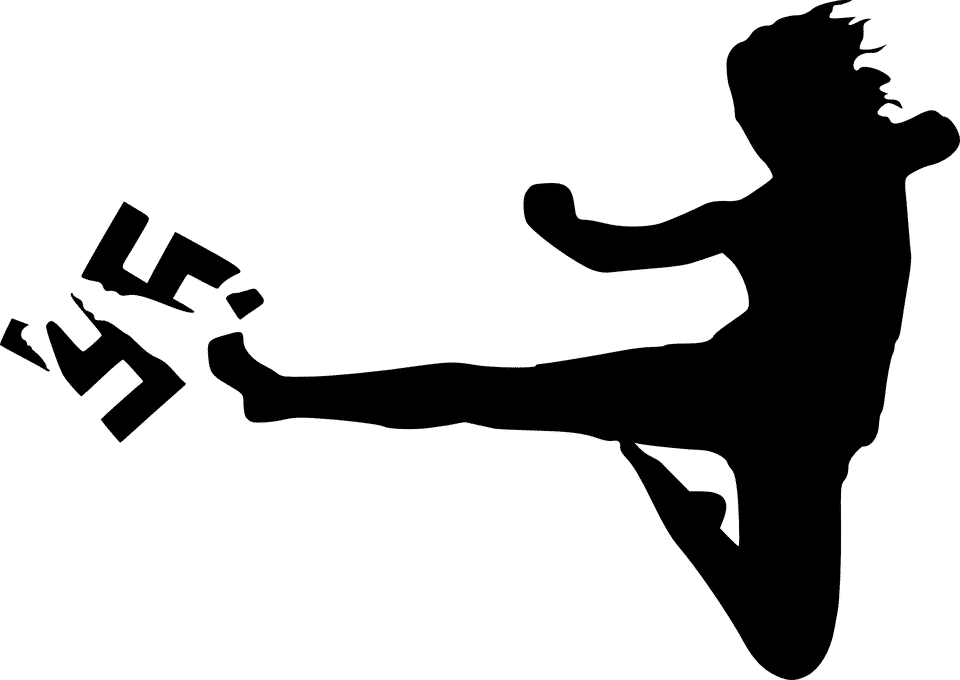 This article first appeared in The Havok Journal 21 August 2018.

With the recent hubbub in Charlottesville, the meme world is naturally awash with the answers to the world’s problems in picture-with-overlaid-text form.

I personally could not be happier about this, because ultimately I believe all that ails us will, in fact, be cured by memes. Cancer? Possible war? Childhood obesity?

One meme theme caught my attention, specifically, however—that being the idea that no one who is American should be fascist because that is exactly what we fought over in the biggest war in history. We sent hundreds of thousands of men to their deaths in the largest armed conflict the world has ever seen due to fascism, so how could anyone who is anything other than an outright enemy of the United States of America be a fascist?

Or so the logic goes. But is it that simple?

I am not entirely convinced that it can be for a few reasons. This is one of those subjects that require a great deal of nuance and patience, however; so if you assume the answer is just going to jump out in bullet point format, you will be sorely disappointed.

Where does one start in order to answer the question posed in the title? The most logical launching point is to define the ideology in question and then move on to some historical context circa 1939.

Defining what, exactly, fascism is—contrary to popular belief—is much more difficult than it first seems. Most are quick to associate fascism as de facto stemming from and inherently related to Nazi ideology. Labeling someone as a fascist today is essentially the same as calling them a Nazi, given the meaning most people ascribe to those terms.

Making this assumption, however, discounts the evolution of the term fascist itself since the 1930s, as historians such as Paul Gottfried have pointed out. The meaning of what that ideology represents is simply not the same today as it was prior to World War II.

It also was not the same from country to country during that time. The brand of fascism employed by Benito Mussolini, for example, had notable differences from that of the Nazi push. The former’s more confined and less reactionary philosophy offers a few points of clear contrast when compared to that of the latter. From a cursory reading of available scholarly work on the subject, it would appear at the very least that Italy’s desire to return to the glory of the Western Roman Empire nineteen centuries earlier clearly involved less murdering of other races as a means for making the trains run on time and the economy strong.

So is there a generic definition of “fascism” that makes sense? Believe it or not, that depends a great deal on what “expert” you ask. But I am the one writing this, so I will offer mine and entertain the possibility I am wrong with evidence to the contrary.

Fascism, it seems to me after reading quite a bit on it over the years, finds its common, generic definition rooted in the core concept that the state—i.e. the national government of its respective country—is the ultimate authority and is itself an end-goal. The state is not just a means for distributing justice or controlling the economy (though it certainly is both of those) but rather the fullest representation of humanity.

Although sharing similarities with socialism in this regard, it distinguishes itself by its inherent nationalism. Rather than just being about “people” or “the working class,” fascism is usually tied to a national identity, e.g. German or Italian over and above everyone outside those borders. “Workers of the world, unite!” would, in a fascistic context, become more like, “German workers, unite!”

It is here that we see a way to begin answering the titular question. Whereas the Italian model was more about Italy itself, the German version of fascism was not just heavily reactionary in its beginnings but radically ambitious in its reach as it developed. Hitler’s Reich quickly saw the solution to its problems as lying beyond their own borders and, as a result, believed the only way to truly address them was to fully embrace a heavily militaristic, expansionist effort outside Germany.

It was to this imperialistic effort of Germany that America first responded—not in direct military action, but in the form of support for countries in the direct line of Germany’s expansion. Food, vehicles, and military weapons were shipped to France, Great Britain, Russia, and others in an effort to bolster their ability to stop German aggression. Although America did not officially enter the war until after the bombing of Pearl Harbor on December 7, 1941, preparation for war had begun well before that time.

When we combine the United States’ alliance with France and Great Britain with Germany’s submarine warfare in the Atlantic Ocean, we see that Germany posed a physical threat to the world around it that lead to America’s official entry. The attack on Pearl Harbor offered a clear demonstration of the fact that staying out of the war with her own forces and only supplying her allies with materials was simply not an option for America.