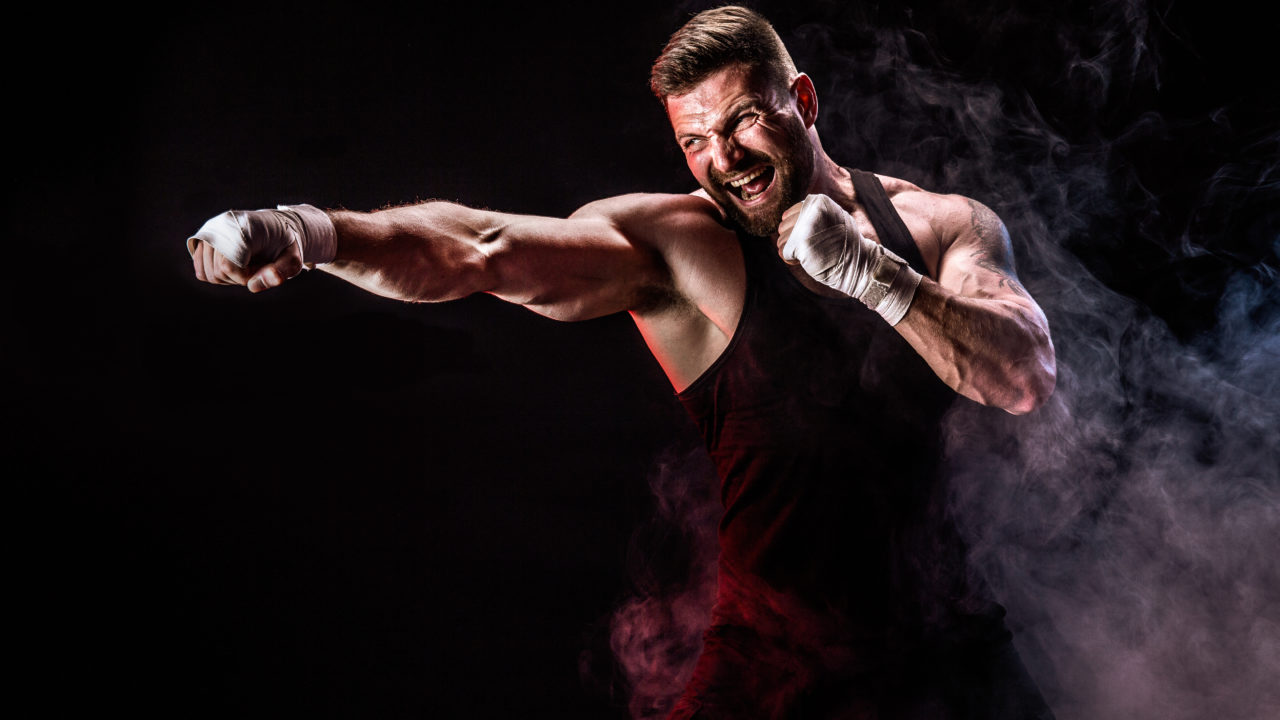 Note: The following is adapted from a chapter of Christopher Paul Meyer’s memoir, Icarus Falling: A True Story About the Broken Dreams, Broken Heart, and Broken Bones of a Nightclub Bouncer in LA.

“My name is Marcus.” He was a swarthy Brazilian. A fourth-degree black belt with a creased and worn face that looked like it was doused in neatsfoot oil to keep it from cracking. His black eyes were already sizing me up. He stuck out his hand, “You are a professional, no?”

Hey, if he thought so, that was good enough for me. I nodded. “I’m a bail enforcement agent.” It wasn’t a total lie. Just trying to be one was the closest thing I had to a job.

“Then you come five times a week.” He didn’t ask me, he told me.

I nodded because it was a better reaction than letting my jaw hit the floor. “A month?”

He nodded. “You need gloves? Shin guards? Cup?” He pointed at the gear littering the countertop.

“I give it to you free.” He bumped my fist. “Because you are professional.”

He wasn’t done with me yet. “Muay Thai starts in five minutes.”

I stole glances at the guys sitting around me as I wrapped my hands. There weren’t a lot of flyweights here. And even the smaller guys were big. Either their muscles, their bones, or their personalities. I smiled at a few of them. Grinned at their jokes. Exchanged nods. That was about all I could do. None of them spoke English. It was a United Nations of brawlers. There were a lot of Brazilians; there were a few Russians. Turks, Africans, Japanese. I noticed that several of them ducked in and out of the back rooms. These guys lived here. I just hoped I wouldn’t die here.

Marcus clapped again and the guys circled upon him. “Guys, we have a new member of the family.” He turned to me.

I nodded and smiled at the guys.

“He is a professional, so you gonna see him here a lot.” Marcus turned to me. “You ready?”

Marcus pointed at two hungry-looking welterweights. “Go get him.” Marcus was already walking off the mat. So much for foreplay.

The two fighters were circling me. I needed to get serious and fast. I looked at the smaller one. He was muscle-bound and was hopping like a jumping bean. The other one was long and lean. Like a whip.

I threw a lazy jab at the lean dude. You know, because we were sparring. An overhand right crashed past my gloves and slammed against my face. Uh oh.

I turned too late to see Muscles plant his foot, kick off the wall and fire a Superman punch that I ducked just in time. I started moving. I slipped and ducked and twisted and turned. I felt leather scrape my shoulder and ding my ear. I heard an Ooooh from the sidelines as my ribs ate a left hook. I squirmed my way out of the corner just in time to avoid an uppercut that had no finesse on it. The thought came to me that I might want to throw something back at these dudes, but every punch I threw had only the best of intentions. I didn’t know how to hurt.

The buzzer sounded and my body sagged. I made an effort not to scan the faces of the fighters surrounding us. I could feel how unimpressed they were. I didn’t need to see it as well.

Marcus said nothing to me. I chose not to read anything into it. I just followed his commands as he led us to the heavy bags for combinations.

It was forty-five minutes later when the final buzzer sounded. I felt like I’d just escaped from a burning building.

He nodded at the piles of gear on the counter. “Now we get you a gi, yes?” I looked at the men unwrapping their hands on the side of the mat.

Screw him. I’d climbed enough mountains today. I was ready to take my toys and go home. But after my Muay Thai performance, I was too ashamed to tell Marcus otherwise.

An hour and a half later, I sat in the Datsun and rolled the windows down.

Marcus’s hand banged against the roof. “See you tomorrow!” He challenged me with a smile.

I nodded and tried to look happy about it.

I couldn’t move. My forearms were rubber from tugging and jerking and pulling on thick, double-woven gis for 90 minutes. My ears were rubbed raw from people laying on top of me and grinding me into submission after submission. My spine felt like it had just been to see the worst chiropractor on the planet. I could barely straighten my neck. I’d been choked, squeezed, strangled, and thrown to the point I didn’t trust myself to drive for the next 25 minutes.

But it still beats the hell out of selling women’s clothes.