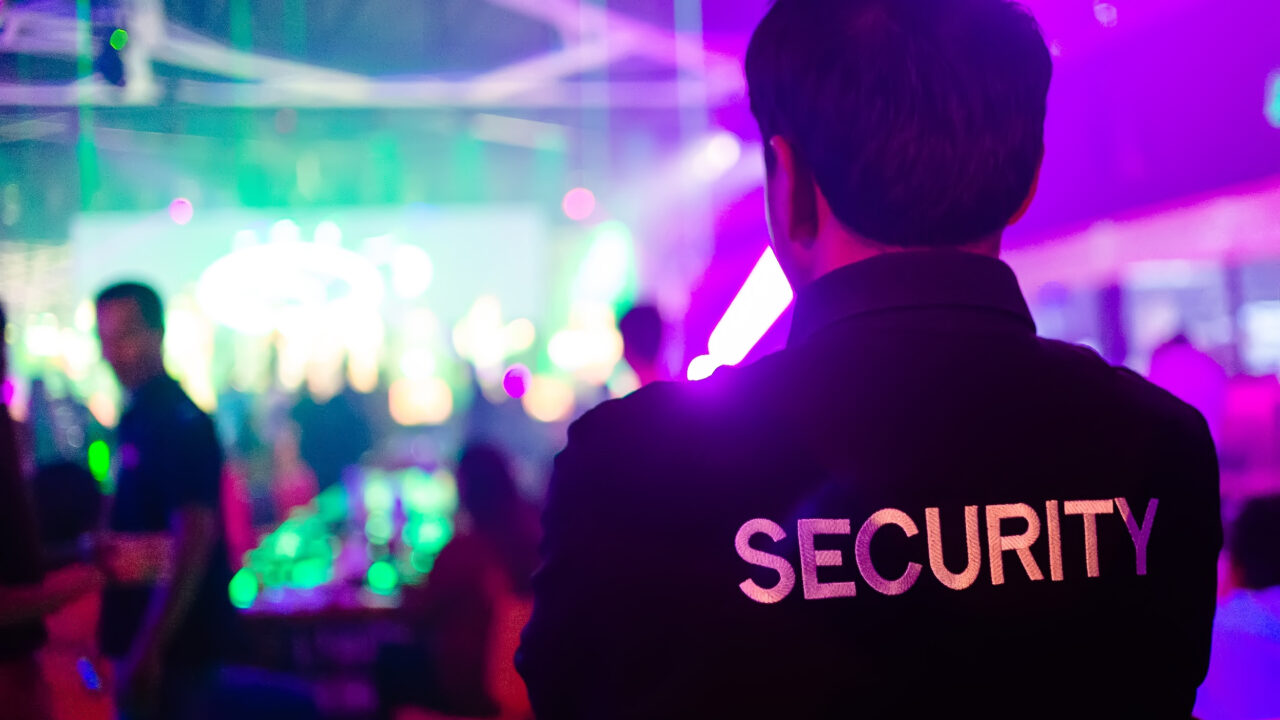 I’m a lifelong red-blooded, rock-ribbed, God-fearin’ flag-wavin’, gun-totin’ military-raised swamp rat outta Alabama who’s also been a working actor for 45 years. That can be a lonely dollar; there haven’t been but 8 of us in recorded history and none of us lived at the same time. So I’m usually trying to wrench it all together in mid air (and I am SO blessed for my tight core of dear friends off to port and starboard, the only reason I can walk both sides without losing a foot).

You’ll never be much of an actor if you don’t know what makes people twitch. And the consequences will be much, much worse for a bouncer who thinks human behavior is random. I’ve got a natural eye for reading people, and I’ve been sharpening it for every day of 45 years. Alpha Bama got a lot of his brightest ideas from Actor Bama, and visa versa, because I never turn either one all the way off. It’s amazing how many answers are cross-effective.

We all know that no one likes losing face, especially publicly. A couple of things I’ve picked up: people are more pliable when they catch a break where they didn’t expect to find one, and if you put any effort at all into sparing them some humiliation, it’s going to register. That’s gotta be buried deep in the lizard part of our brains. It’s one of the few things you don’t need to dumb down to apply it to drunk folks. And there’s one rule I apply to literally everything I do: It’ll Work Better if it’s Funny.

Rarely is it personal when I need to tell you that you gotta go. In most cases, I don’t want anyone to know that’s what we’re talking about any more than you do. I’m not interested in humiliating you, and it’s just going to make my job tougher if you think I am. I know body language. People may see me talking to you, but there won’t be any clues that you’re being 86ed (an easy thing to mask since most people have a pretty misguided idea of what that usually looks like). Running a guy off is SUPPOSED to be quick and easy, and if Security knows what he’s doing, it usually is. But it’s a bar. There are going to be times an intimate chat just won’t work. If there’s music, if it’s crowded if, I can’t separate you from your people, etc.

I hit on this idea at a bar I was working back home in Alabama in ’88, when a guy I knew to be a bounty hunter came in and approached a guy I knew to be a complete asswich. That most definitely drew my undivided focus, because the boy had friends in there. I knew it, he knew it, the tracker knew it. He showed the guy the papers, the guy shook his head, things got tense, they then walked out together peacefully. THAT was slick. Blew my simple human mind.

Turned out it wasn’t a capture though. The bounty hunter was also a private investigator, and the papers were related to some work he’d done for the guy. But the inspiration still held. This agent walked into a bar with bad news and walked a career felony assailant out in full view of his dirtbag friends because his approach had no attitude in it. Didn’t turn out to BE bad news, but that’s almost beside the point. These were terrible people. If Ricky went in with attitude, or if he’d drawn attention to what was happening, that coulda been a birthday card and someone woulda probably shanked him just to be on the safe side.

So I had these cards printed up, and they worked like a charm. Hand one to a guy in a crowded bar, he’ll be smiling at the joke. When he looks back up, he’ll see you don’t have your joking face on and leave. Better than 80% of the time. They worked SO well that the girls had some made too, substituting bartender for a bouncer, for when someone’s gotta go but Security isn’t on yet. 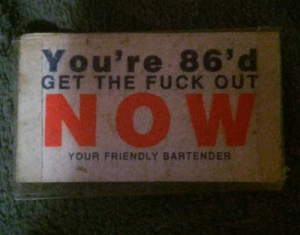