HomeCultureA Little Empathy Can Go a Long Way, but the Right Amount Might Just Save Your Life 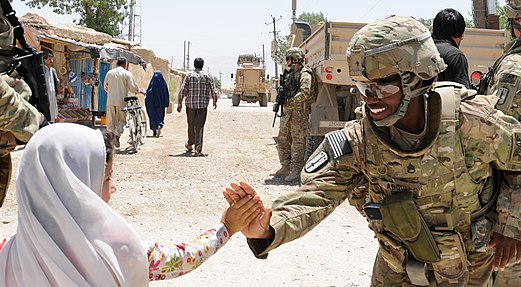 by a Combat Veteran

It’s not about being Woke. It’s not about being Left or Right, nor Christian or Muslim. It’s not being called a feminist or an environmental terrorist. You can toss out “pro-immigration” as well as “pro-life.” The world is not clearcut and clean like a library filing cabinet. You cannot divide your fellow man into ways that define obsessive-compulsive disorder.

To think that one side is stronger, better, or more righteous than another is easy and simply not true. I don’t care how much hate you have for a politician living on the other side of the world. They don’t know you and never will. It doesn’t matter that you are such a patriot that you wrapped yourself with the flag of your country and jumped off of the tallest building in your city.

No one wants to hear why out of all the rifle companies, their respective platoon, squad, or even fire team, yours happens to be the best. And no one cares about what makes your state, branch of service, or even the era you served THE best one of them all. Nationalism, pride, and bragging rights can only go so far. If you are a Shia cleric from Iran, you might find yourself being operated on by a Jewish doctor in New York. And if you think you’re the fastest Marine in the entire FMF, there could be a day when the best sniper in the Chinese PLA has you in his crosshairs and realizes he doesn’t have the stomach for blood.

Putting yourself in someone else’s shoes doesn’t make you a coward, much less that you agree with them. It just means you’re willing to take the extra two seconds to think before saying something stupid or even worse. A little empathy for your fellow man can go a long way, but the right amount might just save your life someday.

The author was born on the south side of Chicago. He grew up on the Texas/Mexico border, with numerous family members serving in the military and law enforcement. It came naturally for him to serve in both, including 5 years spent in corrections and patrol.