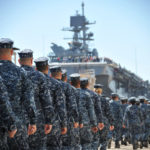 Still Strong Navy by Michael Kane As most of you are aware, on 17 June 2017 the USS Fitzgerald lost 7 Sailors and on 21 August, the USS McCain lost 10 Sailors.  The Surface Warfare community has not experienced such a loss in nearly 30 years since the explosion on the USS Iowa that killed 47 sailors. After the collisions, I have quietly tried to make sense of what … END_OF_DOCUMENT_TOKEN_TO_BE_REPLACED 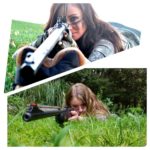 Every person I know in the military and veteran community carries a blade on them. It is just a normal part of their everyday wear. I personally keep a very small Karambit knife on me. Having a knife that is both easy to use and accessible makes sense to all of us for numerous reasons. So when custom knife maker Kaila Cumings obliged Havok Journal with an interview, we … END_OF_DOCUMENT_TOKEN_TO_BE_REPLACED 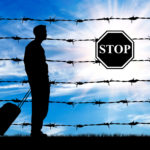 No, I Didn't Get That SF Colonel Arrested... But I Kind Of Wish I Did by Michael Kane We all have them:  those moments in the military where we are surrounded by so much stupidity that we think “no one would ever believe me if I told them about this.”  Well, this is my story about one of those moments.  A moment that lasted for months and ended with a "long-tabbed" (i.e. … END_OF_DOCUMENT_TOKEN_TO_BE_REPLACED