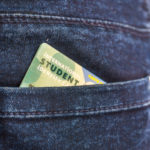 How to Study Abroad as a Veteran By Aaron Ferencik In 2012 I left the Marine Corps and enrolled in the University of Colorado’s Denver campus. At first, I had no idea what to study, so I leaned toward teaching. After a semester or two I decided on an International Studies degree. I’ve always loved learning foreign languages. In high school I took three years of … END_OF_DOCUMENT_TOKEN_TO_BE_REPLACED 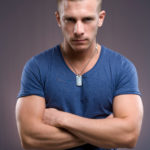 Veterans Guarded Recruiting Stations After Terrorist Attacks; Why Not Gay Bars? By Aaron Ferencik  In the wake of the devastating Orlando terrorist attack in which a sexually confused, ISIS-supporting son of Afghan immigrants wrought destruction on a popular gay nightclub, it is natural, as a country, to ask how such an attack can be prevented from happening again.  Many … END_OF_DOCUMENT_TOKEN_TO_BE_REPLACED