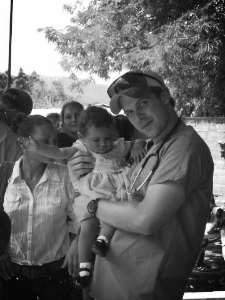 Richard is originally from Savannah, GA but moved to a suburb of Detroit, Michigan at the age of nine where he lived until the age of eighteen. He signed his Army enlistment contract at seventeen, and left for Basic Training shortly after graduating high school in 2004. He is a veteran of three combat deployments, all of which were served with 1st Ranger Battalion as a light infantryman before leaving for the civilian world in 2008. He has worked as a Ballroom and Latin Dancing instructor, personal trainer, and did a short stint in the Army Reserves where he served as a Training NCO for his battalion. He graduated from college in 2013 with a Bachelors degree in Rehabilitation Sciences, and is currently in medical school pursuing his MD. His reading and writing interests include medicine, veteran’s issues, and anything related to being a more interesting and well-rounded man. He enjoys shooting, dancing with his wife, and shaving with a straight razor. It is his life’s ambition to become the most interesting man in the world.