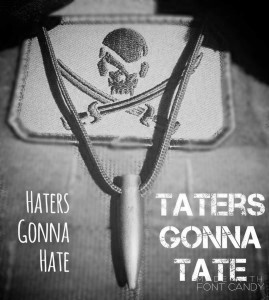 Nate spent four years attempting to become a preacher, and later a chaplain. After deploying with the Marine Corps, Nate realized that being a Scout Sniper was way more fun, and hilarity ensued as he spent the next eight years attempting to do that job for the glory of our republic and our illustrious Corps. After deployments to Iraq and Afghanistan, as well as a stint as a WPPS contractor, Nate set down the gun and devoted his life to teaching his family (and indeed the world) the wonders of beards, improper civilian attire, knife hands, and the DD214. He is a fan of chick flicks like “Commando” and “Boondock Saints.”