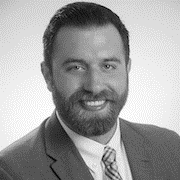 Michael is a former infantryman and Marine Corps Combat Arms instructor. During his eight year career in the Corps, he served with distinction on the battlefields of Ramadi Iraq (05-07), Kajaki and Sangin Afghanistan (2011). As an Instructor, Michael has trained Marines in combat marksmanship, precision weapon systems and foreign/ threat weapons. Since leaving the Corps in 2012, Michael has found new ways to serve the country he loves. He is an inventor, entrepreneur, author and public speaker; contributing to worthwhile organizations that focus on changing the world in positive ways. Michael’s goal is to empower fellow Marines to achieve greatness after leaving the Corps.

Professionally, Michael is the chief contributor to BloodStripes.com a professional development toolkit for successful Marines. He is a radio personality on cigarsandseastories.com, a podcast for Marines and FMF Corpsmen. As an inspirational speaker, Michael shows how the military prepares Marines for entrepreneurship and the corporate world.  Go to michaeljpenney.com to see how military training carries over to the business realm.