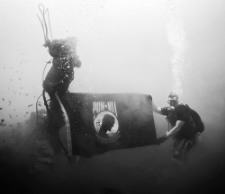 Baz has served as a platoon commander and company commander in the United States Marine Corps’ Infantry and Reconnaissance communities for over a decade. He has deployed two times to Iraq and twice to Afghanistan. Baz was lucky enough to have a price put on his head in both Iraq and Afghanistan so he must be doing something right. He has a bachelors degree in english literatutre, is a military freefall parachutist, combatant diver and Basic Reconnaissance Course graduate. He writes here in his capacity as a private individual, and his views are not those of the U.S. Marine Corps.