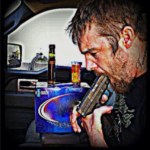 Collective Action: What Veterans Can Learn from the Baltimore Protests by Kerry Patton This first appeared in The Havok Journal May 2, 2015. What happened in Baltimore last year? One man died. There is no need to get into his background or even how he died, let alone pointing blame on law enforcement officials or anyone else. What is needed for appreciation? The … END_OF_DOCUMENT_TOKEN_TO_BE_REPLACED 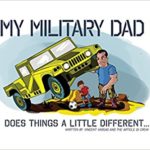 My Military Dad Does Things a Little Differently:  A Different Kind Of Veteran's Book by Scott Faith You know him from the movie Range 15, his upcoming work in the new TV series The Mayans, from his thoughtful and introspective blog posts, and all of those Article 15 videos.  And of course you know he operates. But did you know that highly-functional veteran and former … END_OF_DOCUMENT_TOKEN_TO_BE_REPLACED

Vetrepreneur Spotlight: Dark Metal Fabrication by Scott Faith One of the things I love about my job with Havok Journal is that it allows me to highlight and promote the interests and activities of fellow veterans.  I especially like promoting veterans' business interests, because it shows a positive side of the Veteran Community and helps combat the "dysfunctional veteran" … END_OF_DOCUMENT_TOKEN_TO_BE_REPLACED 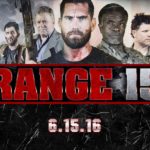 by Kelly Putnam Editor's Note:  Range 15 is a feature-length zomcom made by our friends at Ranger Up and Article 15 Clothing.  A lot of people, especially those who have never served in the military, won't get this movie about veterans and a zombie apocalypse  (the movie rating people certainly didn't get it), because they don't "get" us. But some people do get … END_OF_DOCUMENT_TOKEN_TO_BE_REPLACED 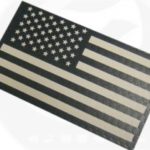 A flag mural incorporated into the facade on the outside of a new school in El Paso. Texas was supposed to honor its namesake, US Army veteran and Congressman Silvestre Reyes, and the country he served.  Instead, it generated controversy in the local community and nationwide outrage among veterans. The builders of the new Reyes Middle School partially painted a flag mural on … END_OF_DOCUMENT_TOKEN_TO_BE_REPLACED