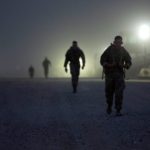 Leaving Your Comfort Zone by Dale Rider “I’m continually trying to make choices that put me against my own comfort zone. As long as you’re uncomfortable, it means you’re growing.” -Ashton Kutcher _____ Everyone has a comfort zone, from the new guy at the gym to the girl taking a higher-level college course, everyone has some line in the sand. A line where when they stay … END_OF_DOCUMENT_TOKEN_TO_BE_REPLACED 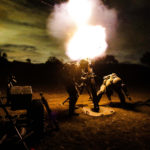 Not Being There by James Webb Not being there in the suck was probably the toughest part of this war to me, at least. I had the opportunity to attend the world's greatest military academy, West Point, and my short time there was ruined because I had already seen the leaders of men I wanted to walk among and fight shoulder to shoulder at the tip of the spear with. The … END_OF_DOCUMENT_TOKEN_TO_BE_REPLACED 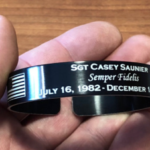 The Warrior's Path to Healing by Brad Genereux Kat called me to ask a favor. She worked with me in Africa some years ago. We became friends, despite my sending her to a remote location in Africa for several months. “I’d like you to walk the Camino with a friend of mine.” “Sure thing, tell me about your friend.” Kat paused, “Our families have been close as long as I … END_OF_DOCUMENT_TOKEN_TO_BE_REPLACED 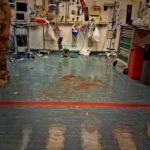 Combat Business Trips by Ssgt Ryan Reyes, USAF The memories weave together. An ink-black octopus cinching its grip tighter onto its prey. 2014. The night “combat operations” ended. Operation Enduring Freedom was no more. We receive 5 KIAs that night. One has his face blown off and another has a basketball-size hole in his chest. The young surgical tech is frozen … END_OF_DOCUMENT_TOKEN_TO_BE_REPLACED 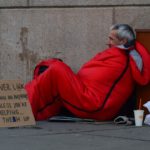 A Different "Don't Ask, Don't Tell" by J.T. My phone rang. It was my boss, explaining that he and his wife decided to let me go. I had worked at the furniture store for two weeks. It was not my ideal job, but it was a job and I was so thankful that this small company had decided to take a chance on me. It was the first company to hire me after being out work for nearly … END_OF_DOCUMENT_TOKEN_TO_BE_REPLACED 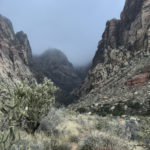 Shortcomings and Lessons Learned of a Ranger by Kasey Pipitt Very recently I was a victim of my own wake up call, one caused by no one other than myself. It was a real “look in the mirror” moment, if you will. I’m going to try and put this as detailed as possible without making this article seem like a “poor me” story because it isn’t. About six months ago I lost control … END_OF_DOCUMENT_TOKEN_TO_BE_REPLACED 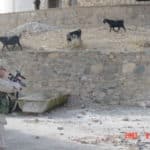 Military Veterans and "Fresh Air Poisoning" by Dave Hartmann Originally published by Dave Hartmann on his blog, "Davestories."  This first appeared in The Havok Journal January 15, 2019. _____ “I never saw a wild thing sorry for itself. A small bird will drop frozen dead from a bough without ever having felt sorry for itself.” --D.H. Lawrence “Fresh air poisoning” is … END_OF_DOCUMENT_TOKEN_TO_BE_REPLACED 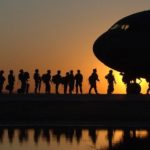 This is My Journey, Now Go and Live Yours: A Note to the Wayward Sons of GWOT by Chris Duplantis Self-regard... They looked out from their caves across unsheltered plains and knew all that lay out there was savage and hostile to their existence on that Earth. And they saw the threat and felt only the urge to stride out, to find food, bring it home, to survive. … END_OF_DOCUMENT_TOKEN_TO_BE_REPLACED 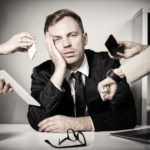 The Hard Work of Positivity by John Guinta Not long ago at all, I learned some of the most valuable lessons in life through some of the hardest times I could have ever imagined. I wish I had the tools I have acquired along the way years ago, but the cliché thing to say is that all of our decisions and experiences bring us to exactly where we are today. Today I have a … END_OF_DOCUMENT_TOKEN_TO_BE_REPLACED 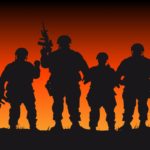 A Note On Brotherhood by Kasey Pipitt I joined the Army on January 30, 2008 - a late bloomer to those of you that have been fighting the good fight for a while, I know. I arrived at 2nd Ranger Battalion in 2009, did three deployments and was wounded by a grenade on my third. I was then honorably discharged from the Army in 2012. The day after I was discharged, I came back … END_OF_DOCUMENT_TOKEN_TO_BE_REPLACED