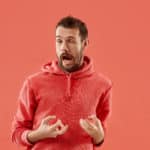 Plastic "Bullets": Isn't That a Really Bad Idea? by Scott Faith I read with interest a recent headline touting a revolutionary "plastic bullet." Could such a thing actually be done?  Given the marvels of modern science, I supposed it was a possibility. After all, people have experimented with a number of different types of bullets, including ice. But given the extreme heat … END_OF_DOCUMENT_TOKEN_TO_BE_REPLACED