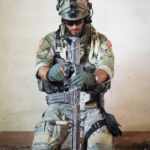 The American Warfighter: Evolved and Unbroken Written by Boone Cutler, 2010 This first appeared in The Havok Journal May 17, 2016. To change for the better in order to survive is to evolve. Failure is often because of a failure to adapt. Everything that evolves changes to survive and we’ve evolved from the people we were born as into the people we’ve needed to … END_OF_DOCUMENT_TOKEN_TO_BE_REPLACED