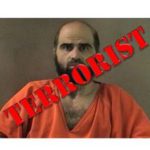 In November of 2009, then-US Army Major Nidal Hasan opened fire on a group of fellow Soldiers gathered for pre-deployment processing at the Soldier Readiness Center on Fort Hood, Texas. Hasan murdered 13 unarmed Soldiers (including one who was pregnant) and wounded dozens more before himself being shot and disabled by responding civilian police forces. After his apprehension, … END_OF_DOCUMENT_TOKEN_TO_BE_REPLACED