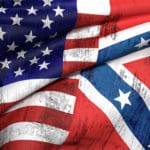 As a Black Army Officer, My Recommendations for Renaming Military Bases Named After Confederate Generals by Marshall T. McGurk, Major, U.S. Army In a written message to the U.S. Army on June 3, Chief of Staff General McConville, Secretary of the Army Ryan McCarthy, and Sergeant Major of the Army Michael Grinston said, “Our ability to defend this country from all enemies, … END_OF_DOCUMENT_TOKEN_TO_BE_REPLACED