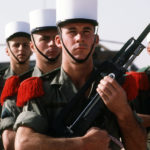 Editor's Note:  This article first appeared in The Havok Journal on 15NOV15, but with the French Foreign Legion back in the news here in the US, I thought it might be time to dust it off and re-post it.   _____ As with every terrorist attack and mass shooting, the internet has been ripe with keyboard commandoes, militia supporters, and Mil-Sim paint ballers telling the world … END_OF_DOCUMENT_TOKEN_TO_BE_REPLACED 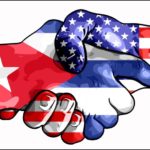 Only one short year ago, the flag of the United States flew over the American embassy in Havana, Cuba for the first time since January 1961. "We are gathered here today because our leaders, President Obama and President Castro, made courageous decision to stop being the prisoners of history and to focus on the opportunities of today and tomorrow. This doesn't mean … END_OF_DOCUMENT_TOKEN_TO_BE_REPLACED 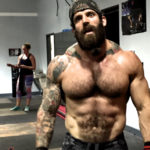 Editor's Note:  December is "The Month of the Vetrepreneur" at Havok Journal.  In this article, Pablo James profiles veteran entrepreneur John Dill, a former member of the 75th Ranger Regiment, who now runs his own CrossFit franchise. _____ John Dill left the Army as a captain and worked for a defense contractor in Washington, D.C. After spending years as an Infantry officer … END_OF_DOCUMENT_TOKEN_TO_BE_REPLACED 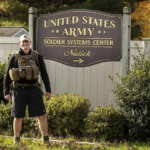 “The basic building block of selfless service is the commitment of each team member to go a little further, endure a little longer, and look a little closer to see how he or she can add to the effort.” – The Army Values _____ I woke up this morning to terrible news. It was news I knew was coming one day, but it hurt nonetheless. Justin Fitch had died. You probably know … END_OF_DOCUMENT_TOKEN_TO_BE_REPLACED 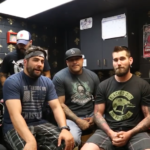 It seems Sergeant Major of the Army Daniel Dailey believes in listening to the troops. Not just about uniforms, training, and quality of life issues, but for... tattoo advice? After speaking to Soldiers at various locations around the Army, Dailey learned how strong Soldiers felt about about the tattoo policy put in place by Dailey’s predecessor, Sergeant Major of … END_OF_DOCUMENT_TOKEN_TO_BE_REPLACED 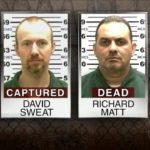 Sources including the New York Times and CNN, reported that Richard Matt, one of the two convicted murders who escaped from Clinton Correctional Institute in Dannemora, New York, on June 6, 2015, died at the hands of law enforcement. Members of a United States Border Patrol tactical team pursued Matt in a remote part of Franklin County, New York after the escaped … END_OF_DOCUMENT_TOKEN_TO_BE_REPLACED