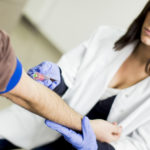 The Nurse Who Wouldn't Draw (First) Blood by Kevin Wilson This article was first appeared in The Havok Journal in September 2017. By now, you’ve all likely seen the video of the nurse in Utah who got arrested for refusing to let a cop draw blood from an unconscious patient. Just about everyone and their brother has dissected the video down to the microscopic level, … END_OF_DOCUMENT_TOKEN_TO_BE_REPLACED