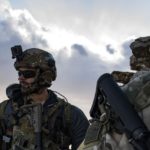 Want a Work Culture like a Special Operations Unit? by J.C. Glick The Army Rangers have the Ranger Creed. The Navy SEALs have the Navy SEAL Creed. The Green Beret's have the Special Forces Creed. AFSOC has their own creeds. As does MARSOC. What guides your organization and the people in it? If you asked any businessman today, or any business student for … END_OF_DOCUMENT_TOKEN_TO_BE_REPLACED 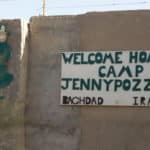 Camp Pozzi: An Excerpt from a Former Polish GROM Operator by Alyssa Sudermann We, at The Havok Journal, are honored to have met Polish GROM Operator, Naval Polska, at an exclusive party hosted by Ben Thomas, Lemba Rum, and Alma de Agave Tequila at SHOT Show. With Polska's permission we are going to be sharing excerpts from his books throughout the coming months. The books … END_OF_DOCUMENT_TOKEN_TO_BE_REPLACED 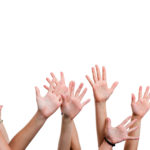 Questions from 2nd Graders - Adventures of a Navy "Soldier" by Michael Kane This first appeared in The Havok Journal December 28, 2016. The topics discussed are just as relevant today. I was recently asked to speak at a local school for a yearly “Great American Teach In.” All of our local schools were doing it, and this particular school was an elementary school. Each … END_OF_DOCUMENT_TOKEN_TO_BE_REPLACED 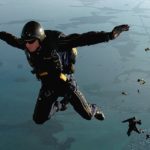 "Jet Suits": Coming Soon To A SEAL Team Near You? by Scott Faith As the "Ironman" jetsuit approaches commercial viability, a company called "Gravity Industries" has produced a video showing their prototype suit being used by the U.K.'s Royal Navy to overtake, and then land on, a moving ocean-going ship. I'm just envisioning this kind of thing being used by U.S. Navy … END_OF_DOCUMENT_TOKEN_TO_BE_REPLACED 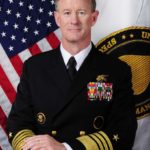 You shouldn't make Admiral McRaven angry.  You wouldn't like him when he's angry. I would know.  I worked for Admiral (Retired) William McRaven in the Joint Special Operations Command.  For those who somehow don't know, Admiral McRaven was a Navy SEAL who went on to command the elite Joint Special Operations Command and later (shortly after the Bin Laden raid, which he … END_OF_DOCUMENT_TOKEN_TO_BE_REPLACED 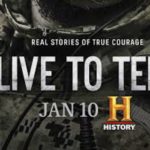 It was mid way into baseball season when I received call from an old friend.  Once upon a time, we were on the seizure of Haditha Dam together. I wondered if he had bad news. I must have let out a long sigh. “It’s not one of those calls”, he said, “This is a good thing. This is going to be a real good thing, Buddy,” as only my friend Matthew Sanders could say. “Tomorrow … END_OF_DOCUMENT_TOKEN_TO_BE_REPLACED 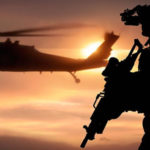 In a bombshell announcement made in the Navy Times, the Chief of Naval Operations, Admiral Jon Greenert, stated that both he and the chief of Naval Special Warfare are willing to allow women to attend SEAL training (BUDS) and, if successful, serve as SEALs. Navy Times quote Greenert as saying, "...we're on a track to say, 'Hey look, anybody can meet the gender non-specific … END_OF_DOCUMENT_TOKEN_TO_BE_REPLACED 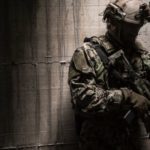 Blackside Concepts, publishers of veteran non-fiction titles like “Violence of Action: The Untold Stories of the 75th Ranger Regiment in the War on Terror” and “On Assimilation: A Ranger Returns from War,” is seeking submissions for a new project, tentatively titled “Voices from the Shadows: The Untold Stories of America’s Unseen Warriors.”  This book is scheduled for a 2016 … END_OF_DOCUMENT_TOKEN_TO_BE_REPLACED