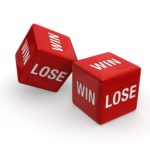 Back to Basics: Returning to the "Poor Game" of U.S. Modern Warfare by Scott Faith This first appeared in The Havok Journal December 6, 2015. One of the first posts I ever wrote for The Havok Journal was an analysis of modern U.S. warfare, titled "Back to Basics:  The Poor Game of the Modern U.S. Way of War." In it, I covered everything from the writings of Emmanuel … END_OF_DOCUMENT_TOKEN_TO_BE_REPLACED