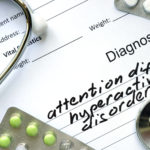 ADHD: Dissecting the Diagnosis Editor's Note: This Havok Journal exclusive is a collaboration between Havok Journal writers Justina Bahriak, Andrew Fisher, and Monica Hartz, each of whom provided a unique perspective to this article. This first appeared in The Havok Journal October 16, 2014. While some minor word changes were made between the DSM-IV and DSM-V, the … END_OF_DOCUMENT_TOKEN_TO_BE_REPLACED 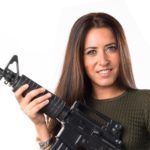 Gun Control: A New Shooter's Perspective by Monical Hartz Before Saturday, I'd never seriously shot a gun. Until a few weeks ago, I had never considered owning a gun. I wasn't against it; the thought of gun ownership had simply never been on my radar. And then my daughter was born. I don't know about other parents, but I know that now, more than ever, I wonder about … END_OF_DOCUMENT_TOKEN_TO_BE_REPLACED