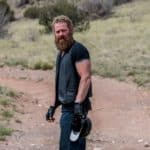 Why Veterans Should Watch Sgt. Will Gardner by Kerry Patton This first appeared in The Havok Journal January 11, 2019. On January 11th, one of the greatest military and veteran advocates in Hollywood will have his directorial debut released. His name? Max Martini. And his movie? Sgt. Will Gardner. This is a movie every veteran and our advocates must watch. For … END_OF_DOCUMENT_TOKEN_TO_BE_REPLACED 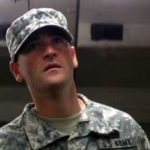 Like his brother, Max Martini, Chris Martini is a true American patriot doing his best through film to bring awareness to veteran issues. In 2014, Amazon released his award-winning feature, Trooper. It is a movie that brings awareness to something much more than PTSD. The Department of Defense’s (DoD) Suicide Prevention Task Force has revealed that from 2005 to … END_OF_DOCUMENT_TOKEN_TO_BE_REPLACED