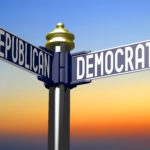 America at a Crossroads: Why Gettysburg Still Matters by James Gagliano "What the Hell are you going back there for?" a former colleague of mine innocently inquired when I told him I was headed back to visit the Gettysburg Battlefield. "The U.S. military has been rightly criticized throughout its history for constantly preparing to 'fight the last war,' Jimmy," he … END_OF_DOCUMENT_TOKEN_TO_BE_REPLACED 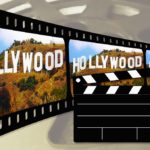 The Unintentional Pro-Gun, Pro-Trump Irony of the Ultra-Liberal Movie “The Hunt” by Scott Faith editor's note:  after this article was written, Universal Studies announced that it was cancelling the release of this movie. The gist of the upcoming movie “The Hunt” is that there is a group of rich Lear jet liberal “elites” out there in a dystopian current-day United … END_OF_DOCUMENT_TOKEN_TO_BE_REPLACED