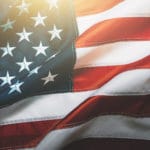 “It Is Only Just":  The Powerful New York Times Self-Obituary of a Young War Hero by Lieutenant Colonel Charles Faint John Alexander Hottell III finished 10th in the Class of 1964 at West Point, part of a graduating class that knew they would almost certainly all serve in the Vietnam War.  His first duty station was with the 101st Airborne Division, followed by a stop in … END_OF_DOCUMENT_TOKEN_TO_BE_REPLACED