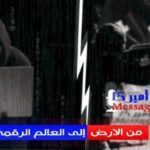 “ISIS plans to attack America!!” is a pretty common headline these days. That’s not surprising; ISIS has wanted to attack us here in the Continental United States (CONUS) since the moment they were formed, and have been running their mouths about it ever since. Up to this point ISIS’s threats, and more importantly their ability to carry them out, have been somewhat limited; … END_OF_DOCUMENT_TOKEN_TO_BE_REPLACED