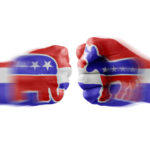 Direct democracy wasn’t something the Founding Fathers had envisioned at a federal level in the forming of our great nation — as many were weary of the tyranny of the majority and opted for a representative democracy at the national level where the voting public would elect legislators to represent their bests interests.   Despite this, direct democracy has played an integral … END_OF_DOCUMENT_TOKEN_TO_BE_REPLACED