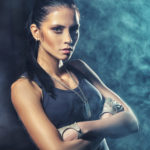 I’ve Got My Ranger’s Six This first appeared in The Havok Journal February 26, 2015. My Ranger served for twelve years — from the first Gulf War to Mogadishu to Bosnia. I didn't know him then, and he doesn't talk about it much. What he does sometimes talk about is how his buddy T. died. “I should have been the one who died,” my Ranger says. “T. acted faster than I did … END_OF_DOCUMENT_TOKEN_TO_BE_REPLACED