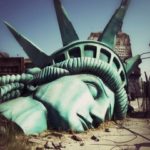 "We The People" are the Greatest Threat to America's Survival by Greg Drobny This first appeared in The Havok Journal February 15, 2019. A few of the articles I have written lately have focused on cultural issues that, at their core, are very religious in nature. Several areas of popular concern show us to be a people who, despite moving away from Christianity as a … END_OF_DOCUMENT_TOKEN_TO_BE_REPLACED 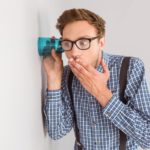 National Security: Americans Can't Handle the Truth? by Jordan Taylor American citizens do not have an inherent, unrestricted right to know what the government does in the shadows on their behalf, and no amount of fist-shaking will grant them access to classified information without a bona fide need to know. The government has a responsibility to safeguard secrets; if the … END_OF_DOCUMENT_TOKEN_TO_BE_REPLACED 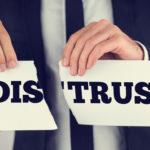 A Different President, The Same Conversation By John Chandler Originally published in November of 2016. Since the election results were announced, I have heard of two conversations that sound remarkably similar, although I am sure different versions of it have played out across the country in recent days. The first was between a fifth-grade student in Texas and his … END_OF_DOCUMENT_TOKEN_TO_BE_REPLACED