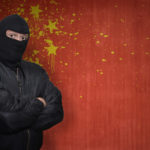 China Will Eventually Enter the War on Terror. Don't Expect It To Be on Our Side. By Dan Taub By now, everyone who follows the fight against terrorism will know that there was an unsuccessful VBIED attack in Bishkek, Kyrgyzstan, in which a suicide bomber attempted to ram the embassy gates before detonating. This attack fortunately only managed to kill one person – the … END_OF_DOCUMENT_TOKEN_TO_BE_REPLACED