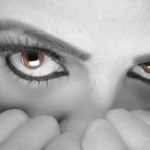 Why the American Public Should Not Fear Terrorists by Marshall McGurk Editor's note: This article first appeared in The Havok journal on 31 August 2015. “The only thing we have to fear is fear itself.” Franklin Delano Roosevelt’s words from his first inaugural address on March 4, 1933 are more appropriate now than ever before. His tirade against fear was meant to … END_OF_DOCUMENT_TOKEN_TO_BE_REPLACED