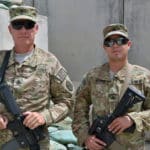 Generations at War by Leonard Benton The mind of the young is malleable and we can condition children to limit their feelings, harden their revulsion, and we can teach them to hate. Nowhere is this more evident than in the Middle East. Prior to the 1920’s the Middle East had been relatively unchanged for over 400 years. The stability of the Ottoman Empire ruled then … END_OF_DOCUMENT_TOKEN_TO_BE_REPLACED 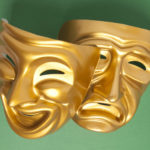 Fighting Terrorism: The Armor Called Humor by Leonard Benton This first appeared in The Havok Journal January 9, 2015. When a comedian “kills it” on stage, it usually means they did well.  But when a satirical newspaper drops a dime on someone, the killing gets real because intolerant people don’t like to be laughed at. In Paris on 6 January, 12 people are dead … END_OF_DOCUMENT_TOKEN_TO_BE_REPLACED