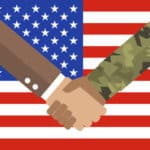 Bridging the Gap: Framing America's Civ-Mil Problem by Scott Faith Despite being engaged in the longest period of constant warfare in United States history, the percentage of Americans who have served in the armed forces is at an all-time low; by some estimates, less than 1% of the total U.S. population. Exacerbating this situation, members of the armed forces are often … END_OF_DOCUMENT_TOKEN_TO_BE_REPLACED 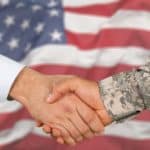 My Take on My “Take” from the Military by Ben Buehler-Garcia Havok Journal readers are a sharp bunch, so let’s begin with a quiz; what is worse than pissing off a General? Read on... Change of Command season just wrapped up at my local military base. This summer as in those past, I gathered with crowds large and small in a hangar or at the officer’s club to bid farewell … END_OF_DOCUMENT_TOKEN_TO_BE_REPLACED 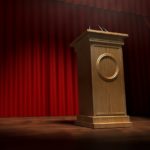 by Adam Scher Editor's Note:  The views expressed herein are those of the author and do not reflect the position of the United States Military Academy, the Department of the Army, or the Department of Defense. _____ As the officer in charge of the United States Military Academy’s debate team, I was excited to learn that this year’s intercollegiate debate topic would … END_OF_DOCUMENT_TOKEN_TO_BE_REPLACED