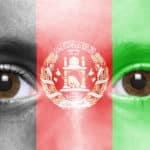 An Afghan-Muslim Woman Who Touched a Gold Star Mom's Soul by Scoti Domeij An ethnic grocery store in Denver, CO with its name printed over its façade in three different languages compels me to stop and shop each time I drive to or through the Mile High City. I have no clue what half the vegetables or fruits are, or how they’re cooked or eaten. I wonder how the … END_OF_DOCUMENT_TOKEN_TO_BE_REPLACED 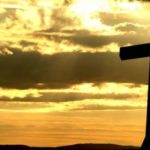 by Michael Kane In what some are calling the most historical event of gay rights in America, the Supreme Court of the United States (SCOTUS) ruled on Friday (26 June 2015) that gay marriage is a nationwide right. Interestingly, Chief Justice John G. Roberts had this to say about the subject: “If you are among the many Americans — of whatever sexual orientation — who favors … END_OF_DOCUMENT_TOKEN_TO_BE_REPLACED