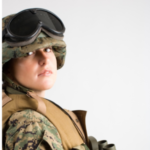 An American Female Marine's Response To "American Woman" by Anna Kalkbrenner This article first appeared in The Havok Journal 18 July 2018. I recently read an article on gender segregation in the Marine Corps, posted here in Havok Journal [editor's note: "American Woman" article is no longer available as of 2 July 2019]. Having been a female Marine for 5 years, I’ve … END_OF_DOCUMENT_TOKEN_TO_BE_REPLACED 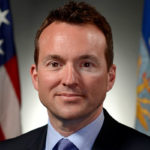 President Obama has nominated longtime Pentagon insider Eric Fanning to serve as the next Secretary of the Army, and with the Republicans telegraphing little in the way of dissent, his nomination seems like a sure thing.  So what does the Obama Administration and many of the major news sources want us to know about Mr. Fanning's qualifications for the position? That he's … END_OF_DOCUMENT_TOKEN_TO_BE_REPLACED