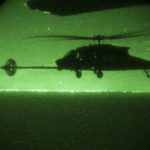 The Deadliest Day of Operation Iraqi Freedom by Charlie Moose In late January of 2005, the Lava Dawgs had just left the city of Fallujah after 75 days of some of the most intense, offensive operations of scale in the Iraq War. Everyone was elated to have survived. They were each given 2 beers per man as a late Christmas covenant. The snap and pop of aluminum cans gave clear … END_OF_DOCUMENT_TOKEN_TO_BE_REPLACED