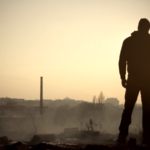 Send that Text, Save a Vet from Suicide --Anonymous There have been several instances in my life where I have found solace in the idea of a self inflicted gunshot wound. After this last deployment, the idea of putting an abrupt stop to that which troubled me deeply, seemed like a brilliant course of action. Ending all of the fleeting images and racing memories that torment … END_OF_DOCUMENT_TOKEN_TO_BE_REPLACED 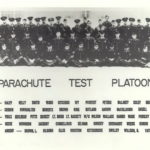 Roots of Airborne Success: The Parachute Test Platoon by Mike Kelvington The American Airborne concept, first suggested in World War I, became a need heading in to World War II. The war started years before direct American involvement. The Airborne concept had to quickly yield results to support the allied cause, which at the time of its creation, was losing in both the … END_OF_DOCUMENT_TOKEN_TO_BE_REPLACED 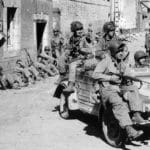 Paratroopers of WWII: Double Volunteers by Mike Kelvington When soldiers are asked why they volunteered for the paratroopers, their responses come in many forms. Many men signed up to be in the Airborne because they possessed a desire to fight for their country after the attacks on Pearl Harbor.[1] Many believed it was their patriotic duty.[2]Family was another reason. … END_OF_DOCUMENT_TOKEN_TO_BE_REPLACED 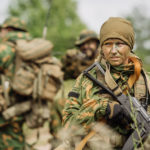 The Army Needs to Stop Its Institutional Gender Discrimination Policies… Towards Men by Scott Faith This first appeared in The Havok Journal August 24, 2015 and just as apropos today. As a man, and particularly as a white man, you are automatically the enemy to a growing population of the American public. You are the lurking rapist; you are the covert racist; you are … END_OF_DOCUMENT_TOKEN_TO_BE_REPLACED 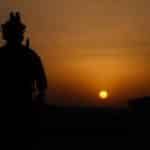 The Most Important Lesson I Learned from My First Sergeant by Nick Perna First Sergeants are the linchpin of the military community. They maintain tradition and continuity in a world where platoon leaders, company commanders, battalion commanders and others are constantly coming and going. They are experts in their field. An Infantry First Sergeant for example, has served … END_OF_DOCUMENT_TOKEN_TO_BE_REPLACED 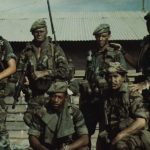 A Ranger in Vietnam Remembers Some of the Team Leaders were more "aggressive" than others. For some reason, Team 4 always had a Team Leader the "aggressive" ones called NUTS. Of the first four Team Leaders of Team 4, three are members of the Ranger Hall of Fame. We always seemed to get more than our share of action. My guess would be that we came under fire about 60% of the … END_OF_DOCUMENT_TOKEN_TO_BE_REPLACED 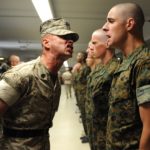 Many days we tend to be nostalgic about all the wonderful times we had in uniform. As a reminder, I came up with a list of things not to miss: Taking clean weapons out of the armory, to clean them again, only to get them rejected by the armorer Going to 1700 formation only to be told that no one has been released yet and to come back at 1800 Meeting at 0330, because … END_OF_DOCUMENT_TOKEN_TO_BE_REPLACED 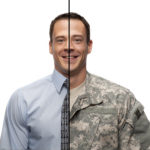 A Green Beret Leaves the Service: How to Ruin Your Transition in Five Ways by Marshall McGurk Oh, so you're getting out of the military?  I did it a year ago.  Here's what NOT to do: Don’t ask for help.  Asking for help is a sign of strength because you are self-aware of your weaknesses.  Being the person to bring the help is even better.  How do you think Patton’s … END_OF_DOCUMENT_TOKEN_TO_BE_REPLACED 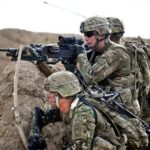 No More Warrior Culture? This is a Call to Arms by Trevor Thiel We are not raising a generation of warriors anymore. Think about it. The warrior culture that was once celebrated and embraced even amongst the civilian population of old is now nothing more than a mere itch in the memory that must be scratched on patriotic holidays. Young men who want to be warriors have no … END_OF_DOCUMENT_TOKEN_TO_BE_REPLACED 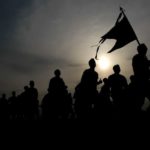 Army Life: This Is Why We Can’t Have Nice Things by Nick Perna If you take two privates and lock them in a closet with a five hundred pound steel BB, when you come back an hour later they will either have broken it or lost it.” As quoted from my first Platoon Sergeant We truly get the best and brightest in the armed forces. But, along with them, comes everyone … END_OF_DOCUMENT_TOKEN_TO_BE_REPLACED