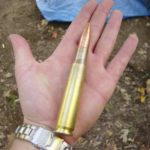 The .50 Caliber Hammer: Why the "Hands Off" Approach Still Doesn't Work for Joe by Scott Faith This first appeared in The Havok Journal August 2, 2014. If you’re in the Army, you’ve probably already heard all about Joe. “Joe” is a term of endearment used to describe Army personnel of both genders and all ranks, but especially the lower enlisted.  The term can be … END_OF_DOCUMENT_TOKEN_TO_BE_REPLACED