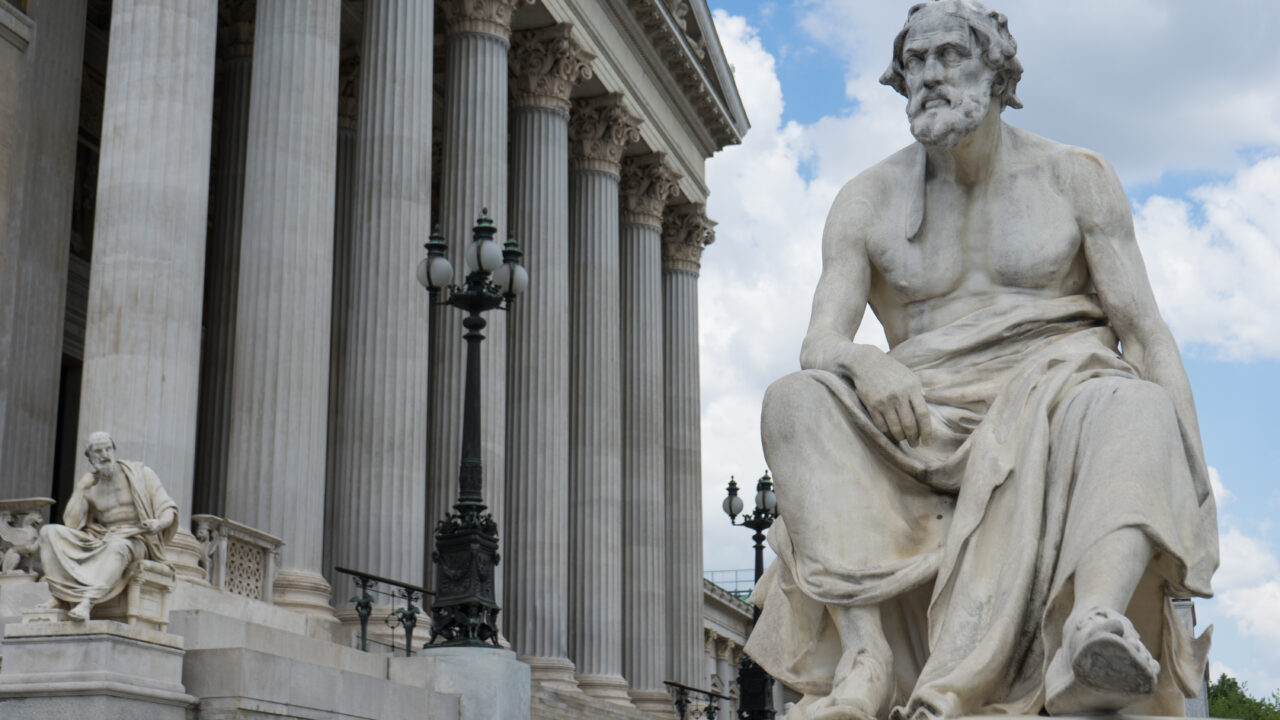 or We Have Met the Enemy and It is Us

Dr. Woodman is a retired university professor and U.S. Army veteran. He wrote this for the younger members of his extended family–his children, grandchildren, nieces, and nephews. This first appeared in The Havok Journal on November 17, 2018.

Recently, I have heard several close friends, professional colleagues, and family members express very similar laments as our dumpster fire of a Presidential election staggers to a conclusion.  These people use somewhat different words, of course, but all echo a common theme: “What in the hell is going on in my country?”

Many express the notion that things have never been this bad in the history of our republic, and despair that things are hopeless. This is quite understandable—far too many of our political figures in both major parties seem to lack the common decency and, indeed, even the basic dignity of the people they aspire to lead.

I have often been at a loss to know what to say that captures my belief in the capacity of the American people to prevail over whatever challenges we face. In trying to explain this belief I decided to start with Greek thought from the fourth century BC. I did not have to search very long before finding an apt description of the Saturday-Night-Live skit that passes for current Presidential politics.

These are indeed troubling times. However, it is too easy to forget that our country has faced severe challenges a number of times in the past. A close reading of the history surrounding the Revolutionary War shows dramatically that our country was hanging by a thread on numerous occasions. Had things unfolded a bit differently, the United States would have ceased to exist before it was even born. Even after victory was won, it was far from a sure thing that the colonies would be able to establish a functioning, representative government that included all of the states.

It is recorded that a woman approached Benjamin Franklin after the Constitution had been written and asked: “Well, Dr. Franklin, do we have a republic or a monarchy?” The reply: “A republic, if you can keep it.”

It is difficult to read the history of events leading up to the War Between the States and descriptions of the war itself without getting tears in your eyes. On several dimensions, the Civil War is probably the greatest tragedy to befall the U.S. Yet, somehow, we persevered and the country survived again.

Citizens who did not live through World War II (which is now almost all of us) may be unaware what an incredible, existential threat faced our country during that long, difficult struggle.  Certainly one reality that is often unappreciated by many today is that for the first three or so years of the war we were losing. To state that the reality of the situation focused everyone’s attention would be a considerable understatement.

And, of course, we cannot forget 9/11. Most of us remember where we were and what we were doing when the attack occurred just as earlier generations could recount where they were during Pearl Harbor.

With the exception of the War Between the States, the above examples of difficult times all represent external threats to our country. But internal threats can also take on an existential quality.  Walt Kelly, the creator of Pogo, famously wrote in one of his essays: “We have met the enemy and it is us.”

Indeed, much of the conversation that I referred to in the first paragraph focused on internal political and cultural dynamics in the U.S.—the ongoing inability of the Congress to meaningfully address our nation’s real problems, the seeming absolute unwillingness of people in political life to rise above petty party politics and compromise in order to govern effectively, the ongoing perceived racial divide (as well as other divisions) in our society that seem at times to be growing worse, and on and on.

However, similar dynamics and internal divisions echo throughout our nation’s history. For example, the race riots in numerous American cities particularly during the 1960’s and early 1970’s were, in many respects, far worse than our recent problems.

A related issue that frequently arose in the conversations that prompted this essay is the expressed fear that, due to seemingly intractable divisions, our country is vulnerable to taking a fascistic or seriously authoritarian turn which would threaten individual freedoms.

I did have an immediate argument for that and, among other things, I have pointed out how many millions of veterans there are in the U.S., in addition to the fine young men and women currently on active duty. We have paid a significant price for our freedoms over the last 240 years and we are not about to let some clown set aside our Constitution. Not going to happen.

What is it that holds us together during the challenging times? Why is our country still here? I have come to distrust the term ‘American exceptionalism’ particularly when used by many of our politicians.  While it should refer fundamentally to values, when bandied about in political discourse it seems to imply something beyond that as though the American people are somehow superior to other peoples or that our land is somehow favored over the other geography on the planet.

But that is silly. People the world over consider their country ‘exceptional.’ And indeed, they are all correct in some sense. The American people are not inherently better or smarter or more worthwhile human beings than others. We are all brothers and sisters—equally valuable by any conceivable measure.

Still, there you have it. It is the values that we treasure that have driven us to never give up, to never fail to answer the call, to prevail in the face of all challenges. All people are created equal. Each is born with rights which are inherent in their existence and are not granted by any government or earthly authority.

Human beings are meant to be free. It is these values (and others) embedded in our Constitution and its Bill of Rights that are “exceptional” and have been the hope of the world for generations.

A nation that makes a great distinction between its scholars and its warriors will have its thinking done by cowards and its fighting done by fools.”  —  Thucydides

Looking back again to the Fourth Century BC provides another way to express my confidence in my fellow Americans. In the 19th Century a British army officer was apparently channeling Thucydides when he expressed a similar sentiment while addressing divisions that could occur in a society.

Expressed in contemporary language, he stated that a society that completely separated its scholars from its soldiers did so at great peril, for it would have cowards for professors and fools for generals. So, my confidence in the American people also stems from this: our thinkers are not cowards and our soldiers are not fools.

We will soldier on in the face of all adversity. We survived the recent joke of a Presidential election and will weather whatever comes next, and continue our journey toward a society that is more free, more just, more equal in opportunity for all people, and indeed happier than currently. This I believe.

Find your courage in this difficult time as Americans–indeed, as all free people–have always done. We have faced extremely challenging situations before and prevailed. We will no doubt face further difficult challenges in the future as the world remains a dangerous place. This danger, however, is not our world’s defining characteristic nor is perpetual unhappiness the destiny of our species.

So—be strong and be of good cheer.