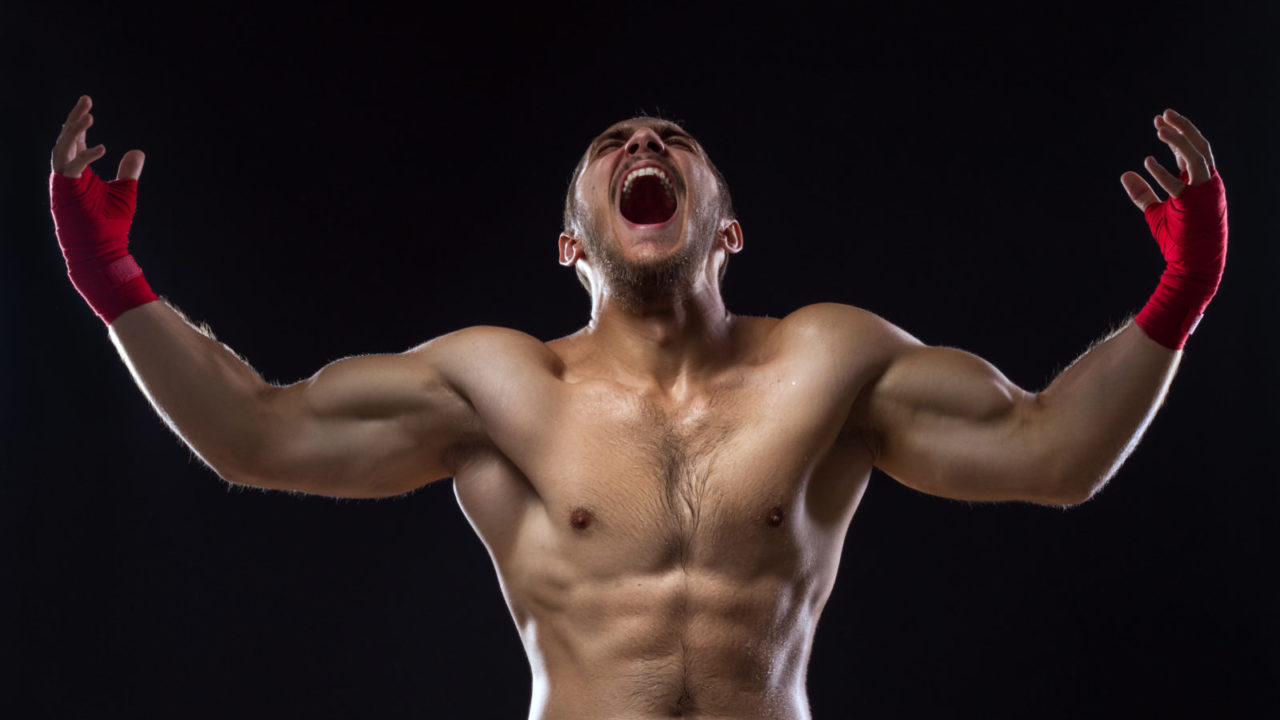 How shocking was it? Jose Aldo was considered the #1 pound-for-pound fighter in the world. Aldo hadn’t lost in ten years. He’d never been knocked out. He had risen from prodigy to master and, apart from training injuries, he’d had nothing but success in his professional life.

But he’d never come across an opponent like McGregor. Over two years ago, the brash Irishman started picking on Aldo. Even though McGregor was years away from a title shot, he began an unrelenting psychological onslaught against Aldo. When Aldo had to pull out of their previously scheduled fight at July’s UFC 189, the speculation was rampant that McGregor was renting space in Aldo’s head.

Now, it’s not that McGregor doesn’t have skills. His timing, unorthodox movements and traditional martial art-based attacks are novel and unpredictable. But they are matched in lethality, if not exceeded, by his mouth. McGregor prepares the battlefield psychologically, cycling between insults, bravado, and passive-aggressive joshing, softening up his opponents, making them question themselves and forcing them to defend their abilities to the media, and just generally getting under their skin.

People turned out, in record numbers, to see if Aldo was mentally tough enough to weather the storm and punch through the mind games. At the weigh-ins, Aldo seemed loose, mocking McGregor and trying to regain some psychological leverage. But moments before the fight began, Aldo looked like the enormity of the moment was dawning on him. His face was down as if struggling for focus. He refused to look at McGregor. He was exhibiting what is known in the yoga world as “pain body.” When the fight started, he shot forward, as if determined to finally engage in the only realm he was comfortable in — the physical. He fired his first combination at McGregor and — McGregor clipped him on the chin, knocking him out.

Did Aldo’s mind betray him? Was the damage done by the time the cage door locked? Did the exhausting psychological onslaught of the past two years crest inside the cage, making him unduly reckless? Could Aldo not shake the specter of self-doubt that McGregor introduced or was there another chink in the armor that McGregor exploited?

The answer will probably stay between Aldo and his shrink. But to observers of foreign policy, there is plenty to speculate about, because, in many ways, McGregor is not all that different from Vladimir Putin. Exploit the dissent in Ferguson? Order US planes out of the sky in Syria? Stir up insurrection in Ukraine? Intimidate Scandinavia? From the Arctic to the Middle East, Putin’s primary means of warfare is psychological; he is ruthlessly persistent in his attempts to discredit enemy governments and unnerve their citizens. While modernizing his military and building up his warfighting ability, Putin deploys a sophisticated array of psychological weapons — by far the best in the world today. He can use the foreign media either via his own agents or sympathizers; he can use political advocacy in the EU and US; he can use his own, Kremlin-run media outlets or he can use covert forms of “journalism” to instigate outrage and foment dissent. His ability to confuse, manipulate or intimidate foreign audiences is unmatched in the world today and gives him the devastating ability to undermine the political will of his enemies.

We like to comfort ourselves that NATO is still a formidable entity…very Jose Aldo-like (even down to the significant ring rust). But the McGregor-like Putin is adept at finding ways to offset our strengths, planting seeds of self-doubt, distrust, and equivocation.

Like McGregor-Aldo, our fight starts long before we step into the cage. Vladimir Putin doesn’t want a war with NATO, he wants a one-punch, 13-second victory. If we don’t wake up to the nature of his warfare, if we let him sap our focus, determination, and confidence — he may just get it.