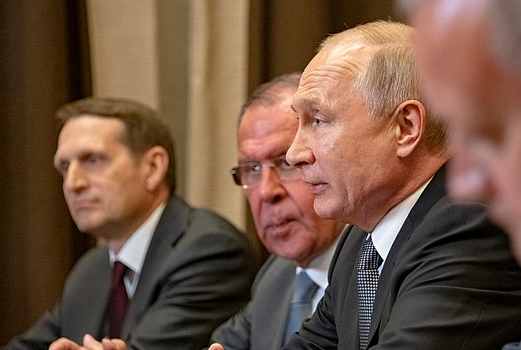 by a Combat & Law Enforcement Veteran

Hardly a day goes by when I don’t hear the words Ukraine, Russia, or Putin. Regardless of how many hours I work or spend in the gym, I can’t hide from the radio, television, social media, online news, or just simple banter from people pretending not to be simple.

Many people will look at this and justify their disapproval by saying, “Oh he must be a Trumper, he just hates Biden.” or “He’s just one of those who choose to live in a bubble and doesn’t pick a side.” Some of these people may be right, but as Stuart Scheller recently said, “We can’t all be wrong.”

In the next few months, and even years, academics and commentators will try to convince the American public of the righteousness of our President and the bravery of our military. The latter was never in question. The only problem with this is that most of these folks have never endured 12-month deployments, the adrenaline, and after-effects of being shot at, or even the grueling task of trying to get sand out of every crevice in your body. In many cases, the old saying is right: those who can’t do, teach.

While many of these folks will try to compare Putin to Hitler and Ukraine to Poland, there is something to consider: Hitler was never a man that could be reasoned with. President Vladimir Putin is a different animal. Having risen through the ranks as a KGB foreign intelligence officer, he has the wits and experience many of our leaders have not had since President Reagan and President George H.W. Bush. He knows the cost of human life and, if necessary, he will do what it takes to give Russians a better life. This is a man who has observed the leading world superpower for the last 30-40 years and its mistakes. He will not try to make this humanitarian effort, much less waste time and resources in the cities. Urban warfare makes jungle warfare look like San Jose, California.

At this point, President Biden has given President Putin an ultimatum by mentioning “war and diplomacy.” For someone who has never failed at saving face, this is not a threat that will be taken lightly. Now, like most folks on their first day in prison or a child’s first day in school, Putin must choose between fighting or backing down, losing his job, disenfranchising millions of Russians, and ultimately damaging his reputation for the rest of his life. He won’t choose the latter. The former UFC superstar and special forces operator Tim Kennedy has used a phrase, or a version of it: Never pick a fight with someone who loves to fight.

One night while I was on shift, close to bar time, I was called to a small dive bar in the middle of an empty cornfield. It was an old house turned into a bar, which had a capacity of about 50. It was the middle of our infamous polar vortex in the midwest, and my phone said it was 3 below, but it felt like 14 below with wind chill. Apparently, the bartender had decided to announce last call, and a patron who had spent the evening drinking himself to into a stupor said otherwise.

When I arrived, I saw the reason for our hailing: a man about 5’10” about 160 to 170 pounds, probably in his 50s but with alcohol and other bad life decisions, looked closer to 70. He had a wide grin on his face, which showed all of his missing teeth, and he was standing outside just wearing a t-shirt and jeans. There were three of us, all of us much younger than him and in tip-top shape. I told myself “This should be easy.” Little did I know how mistaken I was, and how costly my underestimation of him would be, especially to our faces. He was grinning because he knew what was coming.

Don’t get me wrong, we used team tactics and eventually overpowered him. He was placed in custody and sent to the hospital where he waited for medical clearance before going to jail. But this was after three additional officers had come to our aide, numerous uses of pepper spray, and deploying our tasers. None of us ended our shift on time that night, and we didn’t look the same for the next few weeks.

President Biden has just made the same mistake with Putin. He has completely underestimated him and placed the lives of many of our service members as well as Ukrainian civilians at risk. After seeing us leave places like Libya, Iraq, Syria, Yemen and the devastating withdrawal in Afghanistan last year, Putin has no reason to fear our political leaders. And there may be a point when he knows it’s a lost cause, but he will fight because it’s what he does and has nothing to lose. A fighter with nothing to lose is the most dangerous.

Do not mistake my rant for lack of confidence in our military. I still believe we have the best, most lethal, and determined folks wearing our uniforms in the entire world. I know many gritty vets who say: “They don’t make ’em like they used to.” I would agree but I would add that they just make them different and more adaptable. But, like a police dog, a military is only strong if used properly by its handlers. Let’s be honest, it’s been mishandled for a long time.

I completely sympathize with the Ukrainian populace and feel for their cause. But just for once, I don’t want to hear about “mission accomplished” or refer to fast food as American fries, or have people who never wore a uniform cross their arms, tilt their heads, raise their eyebrows, and ask “so you don’t support the war on…” (whatever the hell it is we are fighting at the time). I completely understand America is a beacon of democracy and that comes with responsibilities.

It also comes with prices. I don’t want to hear family members wondering when their loved one will be home, or see yellow ribbons hung on doors in my neighborhood, much less crisply folded flags given to crying wife or mother. I don’t want prosthetics to be a thriving industry and I don’t want anyone who doesn’t have a direct stake in this to say: “We should go to war.” There is never any we, just them. I say, if you’ve seen or handled a body bag, then you get a vote and a chance to go with your brothers and sisters.

Someone might ask what made this once young, proud, “patriotic.” hot-blooded Mexican American Catholic and conservative war hawk into a peace-loving hippie. The answer is simple: I didn’t fully waste the last 20 years of my life, I don’t think the same at 38 as I did when I was 18, right after I saw those towers fall. Experience and connecting with those who have fought will make you wake up.

Best wishes and best of luck to everyone out there, all sides. If God truly does exist, may he bless you and keep you safe.

The author was born on the south side of Chicago. He grew up on the Texas/Mexico border, with numerous family members serving in the military and law enforcement. It came naturally for him to serve in both, including 5 years spent in corrections and patrol.