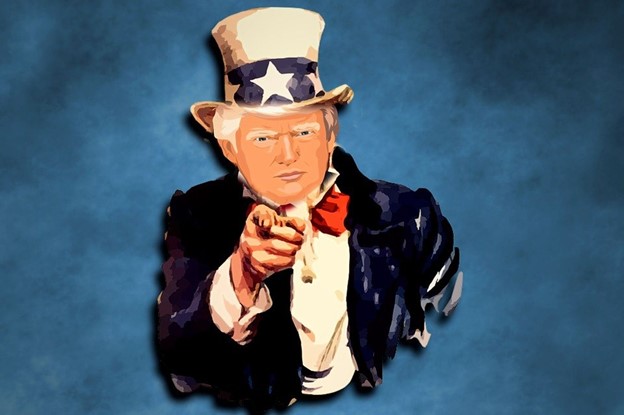 The post in the Havok Journal titled “Opinion: Personality, Policy, and Joe Biden,” immediately drew my attention. Having recently studied the decline of democratic ideals across the globe, I found the author’s vaguely coded support for Donald Trump based on his foreign policy to be an interesting argument to make.

While I could address the author’s false equivalence, that Joe Biden’s integrity and character is as equally abhorrent to that of Trump’s integrity and character, the author’s analysis seems to be based on a negative altercation with Biden years ago. I must instead address the conclusion of his argument, that if we are to vote for a Presidential candidate based on policy, then we must vote for Trump.

I understand that by writing this piece, I will most likely be condemned by some of the readers as possessing anti-Trump bias or TDS (Trump Derangement Syndrome). This is a justifiable accusation, given the fact that it is easier to be a supporter of Qanon conspiracy theories than it is to be a supporter of fiscal responsibility or limited government in most right wing groups today. There is a growing theme in modern politics, that we must remain loyal to our political tribe, and any critique or accusation against our people is treasonous.

That being said, as a student of International Relations, I could not leave the subject unanswered.

The truth is: a vote for Trump is not a vote for policy, at least not a policy that one can reasonably conclude as safer for democratic values.

If a successful U.S. foreign policy is defined as the safeguarding and promotion of democratic values, then Trump has failed at this task. In reaching this conclusion, I am not casting aside any instances of success, but measuring them up to multiple, egregious failures.

To argue, as the author did, that Trump’s elimination of General Soleimani somehow represents a successful foreign policy, is to ignore the disastrous America First strategy that has been implemented over the past four years. Trump’s attempt to return our nation to a state of isolation while also maintaining our status as the sole hegemon, is as contradictory as holding your breath and breathing at the same time.

The two goals do not coexist.

And while Trump’s decision to move away from the “forever wars” was wise, we have swung the pendulum too far into the isolation camp. We adopted a foreign policy where we “speak loudly and carry a small stick,” leaving the United States and the free world vulnerable.

One must briefly look across the globe to conclude this.

By attacking our alliances, degrading NATO, starting trade wars with Canada, abandoning the Kurds simply because “they didn’t help us in the Second World War,” threatening to withdraw troops from South Korea unless we made a profit, and our withdrawal from the WHO in the middle of a global pandemic has convinced our allies that the US is no longer committed to the free world. As a result, Angela Merkel, not Donald Trump, stands as the leader of the free world today.

People who argue that our allies need the U.S. more than we need them, or that Trump’s strong arm of our friends is prudent, are unaware of the necessity our allies will play in the coming years. As we approach a second Cold War with both Russia and China, the US must remain committed to the very institutions and alliances that allowed it to succeed in the first Cold War. Unfortunately, the consequences of our unilateral foreign policy are already starting to be felt.

Our enemies have taken advantage of the U.S.’s absence. They learned early on that Trump’s bravado is a smokescreen. The veneer of the “strongman” that Trump tries to maintain, quickly melted away. For example, despite all the saber-rattling and threats of “fire and fury”, rogue states like North Korea and Iran have greatly increased their military strength. Today, North Korea possesses more ICBMs than it did in 2017 and Iran has enriched 10 times the amount of Uranium than it had in 2016.

Further still, great powers like Russian and China have been emboldened by the lack of US presence abroad. Not only has Russia achieved greater influence in the Middle East, but even more concerning is their relentless effort to undermine democracies across the globe. Influencing Brexit, the 2018 French election, and the 2016 and 2020 US elections. Russia continues to go unchallenged on these issues as well as potential bounties on US soldiers, their selling of weapons to the Taliban, and their clashes with US forces in Syria.

The hyped-up trade wars with China failed, as American farms fell into bankruptcy and our trade deficit climbed to its highest point in 14 years. China is not contained, as demonstrated with the CCP’s taking over of Hong Kong and the South China Sea.

The world holds its breath this November, knowing that a second term will signal the end of NATO and the possible withdraw of US forces from South Korea and Japan. Our enemies want nothing more than for the US to continue on a course of isolation.

Over the past few years, democracy has entered into a global recession. Despite decades of liberty and economic prosperity, many states have under gone the process of democratic backsliding. Major world powers like Brazil, India, Turkey, Poland, and Hungary, once strong liberal democracies, have regressed towards more nationalist-authoritarian states. Even the United States has entered into its own democratic backslide. Our own President continually undermines the legitimacy of our elections and refuses to uphold the peaceful transition of power, the very institution that George Washington said would “separate this country from every other country in the world.”

No, a vote for Trump is not a vote for a successful foreign policy, but rather a vote for a chaotic strategy fueled by a personality that cons you into thinking the U.S. is stronger and our enemies weaker.

His personality, after all, is why people are drawn to Trump. He hits all the right nationalistic notes, speaking to our patriotic souls. This is not surprising given the fact that he is an entertainer and a former TV Star, he knows how to put on a show. His tough talk makes us feel strong and powerful, but in reality, it is all bark and very little bite. He is the eternal hype-man but never the player. All show and no substance. All fluff and no filler. All personality and no policy.

Today, America is weaker and lonelier while our enemies are stronger and more united. If we continue on this course, the democratic recession felt across the globe may enter into a democratic depression.