A sensation of warmth ran up the back of my neck. A quick jolt of stress tingled behind the right rear portion of my skull. My ears began to ring in familiar tinnitus melody. 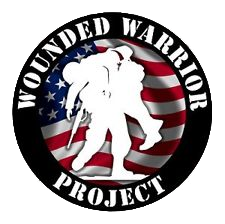 A barrier of uneasiness exuded from my palms as the mailer unfolded. The last time I saw his face, it was impaled by a silver dollar size piece of shrapnel. Deep down inside, I always wondered, how will his life be after this? The faces of his aid and litter team as they left him in my care tore through my mind. The indirect fire penetrated the grounds of Haditha in a manner that was as real in my kitchen as it had been in a far off land.

Memories are bittersweet in that way.  I thought quietly to myself trying not to show my inner turmoil to my family. On one hand, I rejoice for the specialized interest The Wounded Warrior Project took with concern to a former patient. And on the other hand, I’m angered for the thousands of veterans who haven’t found an outlet, aren’t receiving help, and don’t have an extraordinary story.

The more that I look around. The more I reflect upon over 10 years as a Veteran. The more I see no answers — only more questions.  The deeper I look in our current system — the worse it appears.

I’m not sure if the Veterans Administration (VA) has begun hiring passive aggressive script readers to answer the phone on purpose, or if everyone down there has just accepted that there is no other way. The seemingly endless transition of trying to create a better system has people like me waiting for several years before receiving compensation and benefits. This, of course, only after we navigate our way through an incomprehensible sea of legal jargon infused with military rhetoric and an overall state of apathy.

In recalling my treatment through the VA, an overall sense of distrust and bitterness rises to the surface. You share an intimate part of your soul with a counselor only to find out later the only notes taken are not to your benefit. Reviewing my medical notes led me to discover that the synopsis of my benefit claim was less about the recurring nightmares, social anxiety and a future plan for stress reduction and more about superficial bullshit that had nothing to do with my mental state at all.

Simply holding onto a government job doesn’t mean you are being all you can be. Mustering up enough energy to shave your face and brush your teeth should not indicate a good overall sense of well being. Nevertheless, when the VA makes their impression, it is often final and missing the overall intent of helping veterans. The process itself shouldn’t exacerbate the already existing stressors of a life after combat, but it does.

For my counselors, the answer seemed simple. I was to try a different concoction of highly regulated FDA approved happy pills. He explained how I would need one to sleep, and one for an everyday dose of, as he put it a “breath of fresh air.”

When my breath of fresh air began speaking to me from the bottom of a little white bottle urging me to take them all, they again switched my medication. And this continued for several evolutions. My symptoms worsened. Talking about the same memories ensued for weeks, for the first time I experienced anxiety. I endured three tours and spent four years on a leash that had me ready to be anywhere in the world in 18 hours. It wasn’t until I met the VA that I got anxious. So of course, they had a pill for that too. I spent the next several months worrying about when my next supply of Xanax would arrive. Anxiety ran my life. For the first time, I contemplated suicide.

If it wasn’t for turning my back on the VA health system, I truly believe I may have already ended my life.

I find my monthly compensation helpful, but it’s only money. Money doesn’t eliminate physiological stressors, not the kind of money we receive, anyway. Through a combination of exercise, education, awareness, and advocacy veterans could work together to create a positive social support network with goals leaning towards accessible stress reduction techniques not involving harmful side effects. 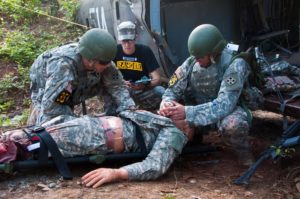 The very fact that I’m writing right now means that I have an outlet. Our ability to create art and content is our last free form of expression. What inspires a broken soul is not often conventional nor understood by the lay person.  An approach to healing should be an educated one that is heavily researched and validated through history and walking-talking role models — not governmental representatives.

Recovery should include anything that alters your consciousness in a positive way in order to make you a better participant in the world around you. By compelling ourselves to search and share information in a responsible way with a common goal of inner peace, we can create some real freedom and experience honest liberation.

Some of the most critical people of this process will also be the people who say they want to help.

When you decide to side-step from the current paradigm, it’s easy to see that culture dictates what people think the behavior of veterans should be. Divide and conquer seems to be the way of the disgruntled. On any given day, comments posted by people who have never had to see what you you’ve seen riddle Facebook and other social media outlets. Unfortunately, with the ambiguity of these outlets, it’s very easy for people to express their opinion brashly and align sheepishly in a place with no foundational evidence.

Our culture is addicted and driven by negativity. It doesn’t benefit us to play that game. A romance with first shooter video games and best-selling movies, based upon real heroes churched up to encourage further recruitment numbers, fuels the level of ignorance. The amount of people — who know nothing about the realities of war, the stressors of assimilation, or even a place of honest discomfort — are convinced that they do is astonishing.

It’s not my place to judge the efforts of anyone who wishes to help veterans. I’m sure the efforts of VA therapists are often frustrating and thankless. However, the system is broken and we need help. It’s an impossible job that is under resourced and ill informed. It won’t be fixed until real warriors stand against veteran suicide and veteran maltreatment.

In an environment where the culture is not our ally, for veterans to carry the torch against our own self destruction will require great courage. We’ll have to strive to try to remain fully conscious and aware on an individual level, but collectively empower our nation’s returning warriors towards a life of vitality and individuality.

We all have some fight left in us. Unfortunately, we use it to fight ourselves and to fight our recollections. Instead, what I see is veteran culture driven by campaigns of shock and awe statistics that have no problem following those depressing SPCA ads with that terrible Sarah McLachlan song.

Nothing against charities or wounded warriors everywhere, but I’m having a problem understanding how with millions of dollars contributed to these programs and like ones, we have vets still sleeping on the streets or sitting alone someplace feeling worthless after all they have given. I’m having trouble seeing why I need to assimilate to this system at all.

Our life is what we make of it. Everyone has a purpose and we are all connected.

Donovan Ronin is a former U.S. Army Special Operations Combat Medic with three combat tours in support OEF and OIF.  Ronin has a variety of awards stemming from his service with 75th Ranger Regiment. Ronin’s military achievements include the SOCMC course and the US Army Ranger Course. After leaving the military Ronin has been a public servant completing courses as a Paramedic, Firefighter, and eventually a Police Detective assigned to a plain clothes narcotic task force where he completed clandestine investigations and held an ancillary position as both S.W.A.T. Medic and Sniper leader. He has since retired medically from police work and dedicated his life to the understanding of PTSD in a way that will help others. Ronin has completed a Bachelors of Arts in Psychology and recently completed two semesters at a highly prestigious Graduate School studying learning and teaching. He became disenchanted with the system, left school, and found plant medicine. The rest is an ongoing project . . .

This article first appeared in The Havok Journal on 16MAY15.