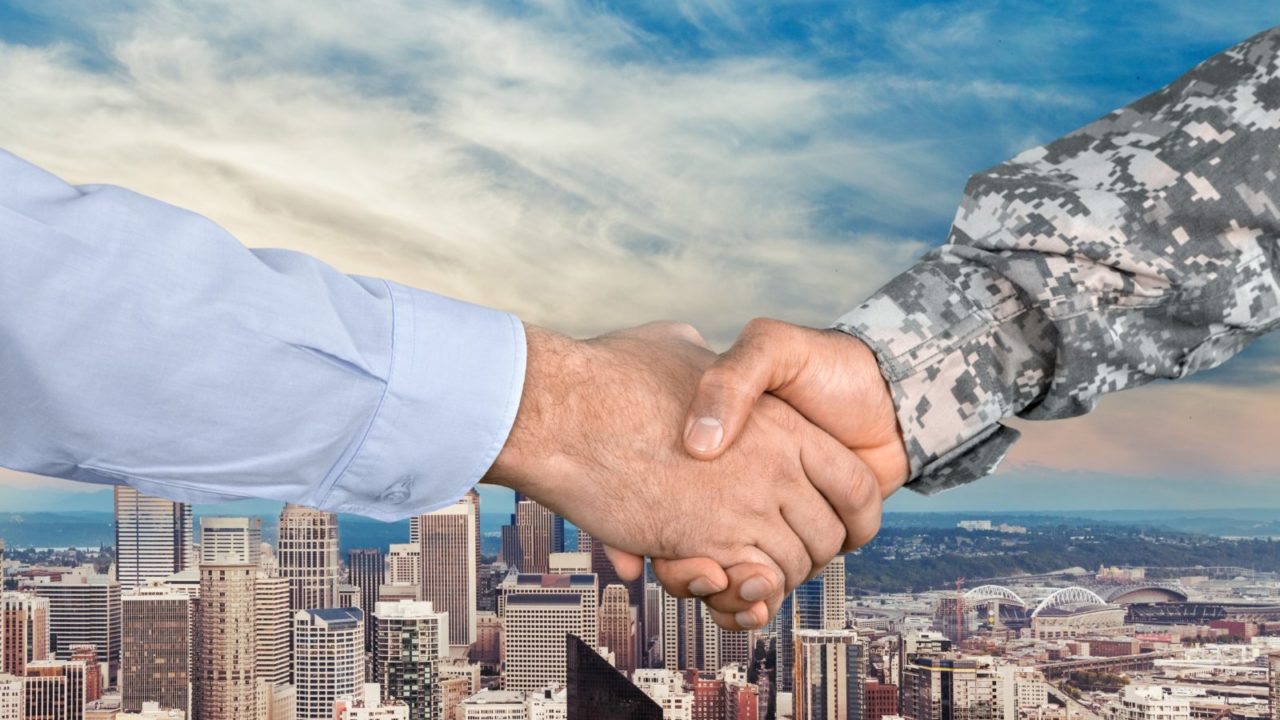 As I go through the transition from military to civilian life, I’m more cognizant of things surrounding the transition process.  It is surprisingly smooth (I have yet to do the Veterans Affairs medical process so we’ll see). I notice weird things, small things, things to remember, things to do.  It is not even the difference between military and civilian life; just life in general.

First, give credit where credit is due: Fort Bragg Soldier for Life: Transition Assistance Program is on the ball. Polite people who are genuine and want to help the service member. If you need a job or need to get into school, they will help you find one. No complaints there.

Civilians have a different concept of heavy and don’t get me started on the difference between technical and non-technical hikes. Relatively simple for anyone who’s ever donned a ruck-sack until you get in serious climbing or mountain biking.  On that note, I’m glad I kept most of my outdoor gear. That stuff is expensive. Civilian companies have it going on with boots though. The Army issue boots hold nothing to the civilian brands, especially for the cost.

Speaking of hiking and feet, I’m going to need monthly pedicures for the next year. My feet look like smashed hamburger after ten years in boots.

I must learn Spanish.  The construction crews in the neighborhood all speak it.  The cleaning crews at peoples’ houses all speak it.  French is useful when I travel, but Spanish will be more useful day-to-day. Besides, the cleaning crew lit up when I just said one simple, polite word: “Gracias”.

On cold mornings and nights, I think about Ranger School students or SF Qualification Course candidates freezing out in the woods in a patrol base.  Dress warm brothers and sisters.

I must learn about this concept called “Happy Hour.”

Do people not want money?  This has been a persistent problem for almost three years. We hired a couple of middle schoolers to mow the lawn because hell, why not? One month, two mows, my wife asks them to sweep the walkway, one of them pitches a fit and then leaves. Fine, I’ll take my $20 elsewhere. The wife went through three house-keepers while she recovered from surgery due to shoddy work or being hours late.  We’ve called three people to help with home addition projects with zero call-backs. Do people not want money? It should go like this, “Hi. I have something I will pay you to do because I don’t know how or I don’t have time or I don’t-care-to-antagonize-my-wife-and-cats-with-my-slow-work-as-I-figure-this-out. I will pay you cash for your services. I pay well. Did I mention cold hard cash money? You perform quality service, I give you quality cash.” With as much as people complain about the money they should be fighting over work, right? Apparently not. Off to the local hardware store for me for some do-it-yourself projects.

Human Resources Command might learn a trick or two from the civilian world, namely, “get it in writing.” Multi-million and billion-dollar corporations get signed job letters that discuss salary, duties, and responsibilities, and benefits. In the military there is no salary or benefits negotiation to deal with; the pay scales and benefits packages are standardized.  So why am I constantly hearing my Army buddies say, “Yeah, I was listed for this job but I have to re-interview because another guy was promised the position by the last commander.”  When a Commander offers someone a duty position, saying a promotion from company commander to Battalion S-3, just get it in writing and send it to HRC.  The Branch Rep can use the confirmation memo to code out the available slot. Get away from the back-room deals and slicky-boy handshakes. Get the person assigned to the job in writing. This would work especially for command and staff positions.

Is there a reason Jumpmasters aren’t paid at least $10-$25 more for their additional duty position and skill identifier? Given the amount of time it takes to plan, schedule, and execute an Airborne operation, as well as the increased responsibility, I would say an increase is warranted. Don’t blame me, blame my civilian friends when they ask if Jumpmasters get paid more after I explain to them what a Jumpmaster does.

Speaking of that, many of my civilian friends are furious that our lower enlisted are paid so poorly.  No wonder the so-called “Millennial” generation is not big on enlisting.  Why sign up for peanuts when you can invent something, run a start-up, or build your own network marketing company for an exponentially larger salary and be rich by the time you’re 30?  It’s all not about being rich or famous either; it is about respect for people and being appropriately compensated for your talent…or just being compensated to live above the food stamp line.  Enlisted Soldiers on food stamps is a disgrace. One off-the-cuff solution? Pay freeze the officers for a couple of years and raise pay for the enlisted by five to ten percent for a couple of years. That is a maximum of an extra $150-170 a month for an E-2 according to the military pay chart.  That is a big deal.  I don’t think you’ll see any argument from the officer’s side. If you do, remind them about how we are supposed to eat last at mealtime.

I can actually buy season tickets to a local sports team and have time to attend the games. Minor League Hockey, here I come.

Bye-bye three and four-day weekends every month.  Compensatory time works differently in the civilian world. Plan accordingly, and enjoy the time off when you have it.

Good luck finding an inexpensive seamstress or dry cleaners.  Yes, that is what the sew shop lady outside the base is…she’s a seamstress, a talented one at that. Business casual equals dry cleaning or ironing. One is expensive and the other is time-consuming. Take your pick.

This process can be started 12 months out but many, myself included, did the 90-day route. Interestingly, most that chose that option had job acceptance letters or school acceptance letters already. Lesson: Plan ahead.
I’m not advocating every transitioning service member get a job lined up or get into college or trade school before they pull the plug on their military career.  BE PREPARED and go about it at your own pace.  Don’t be forced to take a job you don’t want or attend school for a degree you know you might despise.  If you want to take three to six months of terminal leave to just lie around, go fishing, or hike the Appalachian Trail, do it. Just be financially prepared to do it.

This first appeared in The Havok Journal February 16, 2019.